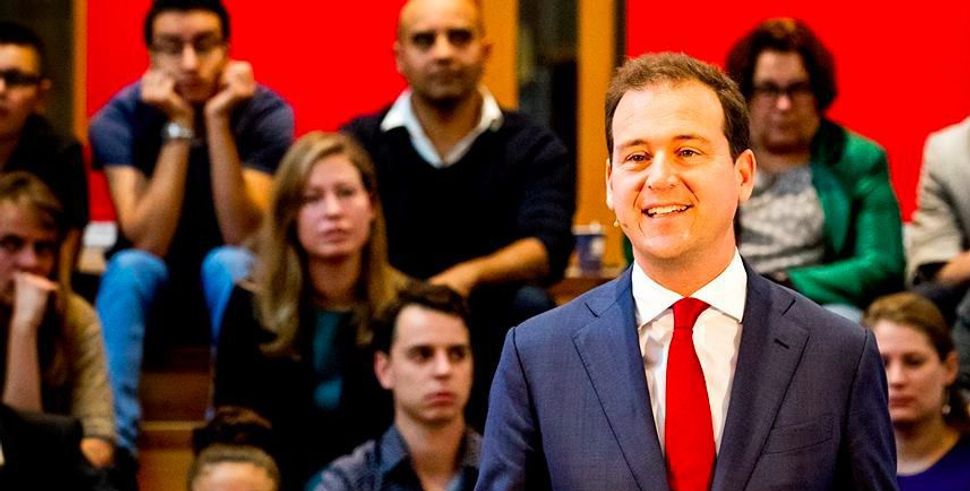 Lodewijk Asscher isn’t one to mince words when it comes to hatred on social media.

The descendant of Holocaust survivors who is running for prime minister sent a shot across the bow of far right leader Geert Wilders with a 735-word Facebook post titled “Disrespectful Dog.”

“Many of you possess a keen historical insight,” Asscher wrote sarcastically in that letter, which he addressed to online anti-Semites who have bombarded him with abuse.

Asscher, 42, said anti-Semitic attacks over his Jewish roots were causing him to limit his use of socal media, JTA reported.

But he insisted he would confront Wilders, who leads him in the polls and trumpets a harder line on Muslim immigrants.

“The politics of blame can never be the answer,” Asscher said.

Asscher also warned of the rise of populism globally, from the British vote in June to leave the European Union to Donald Trump’s victory.

“We have four years of President Trump ahead of us, and in our own country, Geert Wilders is ahead in the polls,” he noted.