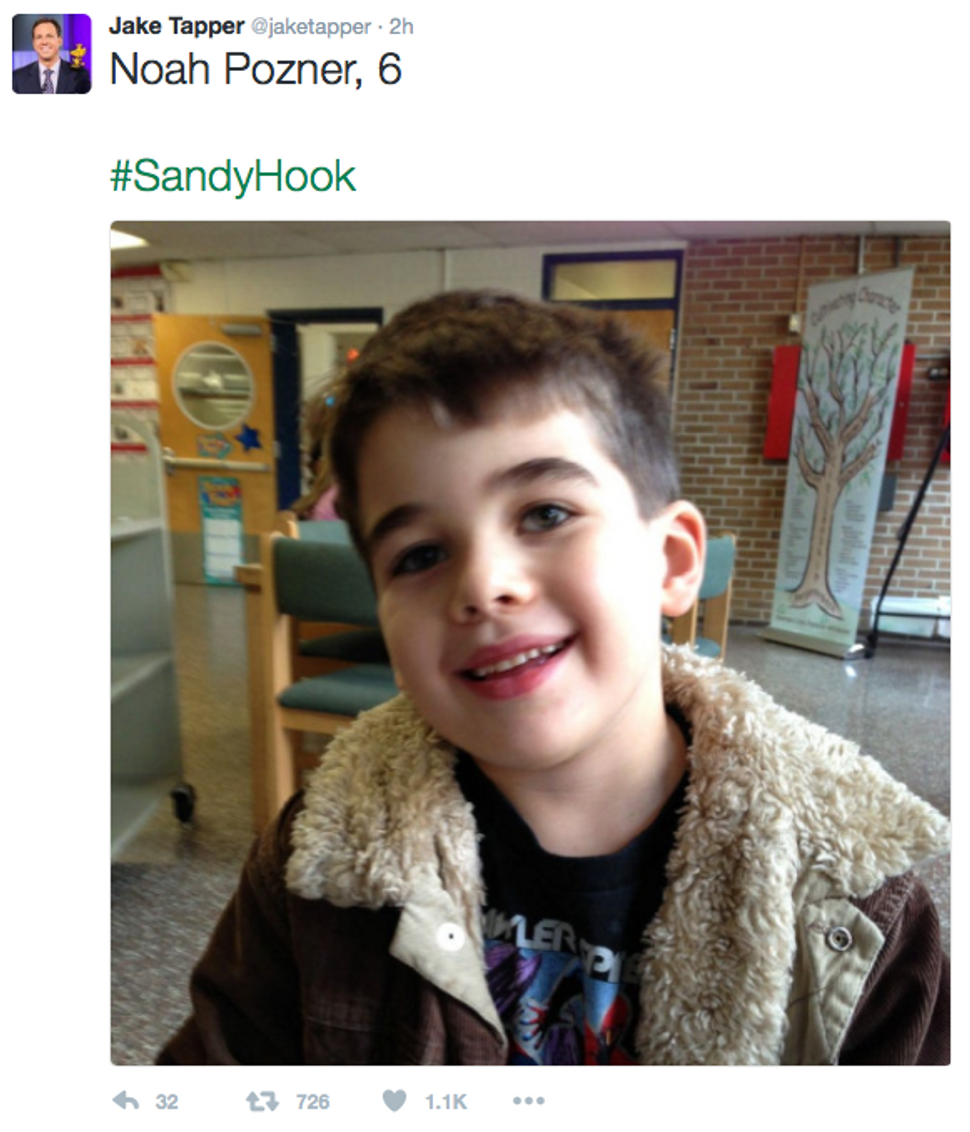 CNN political reporter Jake Tapper is commemorating the fourth anniversary of the Sandy Hook massacre by tweeting out the names and photos of the 26 victims who perished in the shooting at the Newtown, Connecticut elementary school. 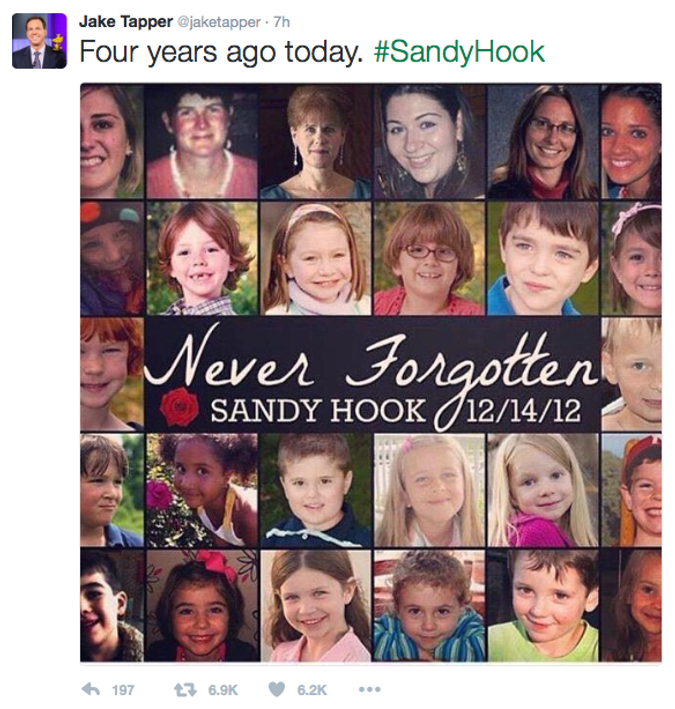 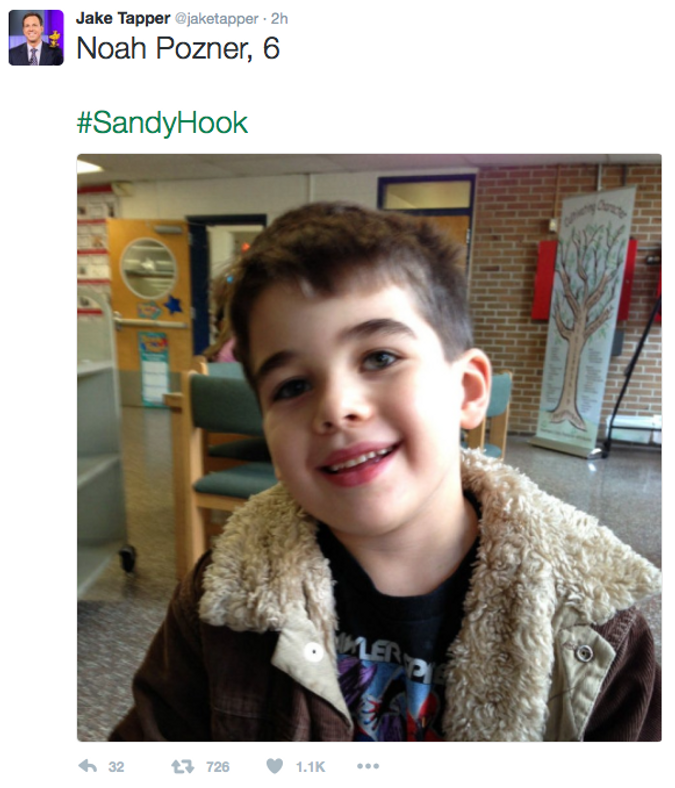 The victims included 20 first graders and six educators, including Sandy Hook’s principal Dawn Hochsprung. The youngest victim was Noah Pozner, 6. He was the first child to be buried, in a funeral overseen by Rabbi Shaul Praver of Newtown’s Congregation Adath Israel.

The massacre was the worst school shooting in American history. It triggered renewed calls for gun safety measures and new legislation on the matter in Connecticut and New York.

Still, some on the far right say the Sandy Hook shooting never happened. It’s part of a wave of online fake news. Alex Jones, the founder of InfoWars, has called the episode a hoax. He said parents seen grieving their children were hired actors.

Sandy Hook “truthers” have harassed the parents of the slain first graders. A woman in Tampa was indicted this week after sending threatening voice mail messages to the late Noah Pozner’s father, Len.