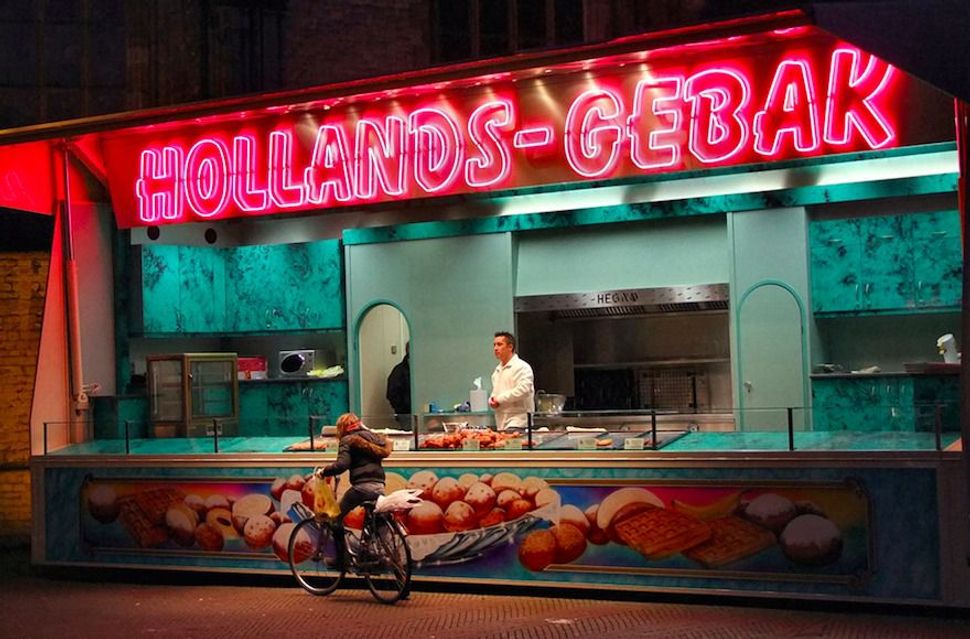 Israel has sufganiyot — and Holland has “oil bulbs.”

For Jews and others in the Netherlands, the fried dough treats are as ubiquitous here as they are in the Holy Land, JTA reports.

Hundreds of food stalls hawk the delicacies known in Dutch as “oliebollen” every year from November to January.

“I often don’t bother to get real sufganiyot at a kosher shop,” said Tzippy Harmsen-Seffy, an Israel-born Dutch Jew from Amsterdam told the agency. “I just pick up a few oliebollen instead.”

Most Dutch people believe the donut-like treat is of Portuguese or Sephardic origins, even though that claim remains unproven.

Some Jews even insist they are superior to sufganiyot — and closer to the treat’s Sephardic origins.

“If you consider Israeli store-bought sufganiyot original, then oliebollen are better because they’re fresher and smaller,” said Gili Gurel.

Of course, they can’t compare to her grandmother’s homemade sufganiyot: “Everything is inferior.”

Dave Goldiner is the Forward’s director of digital media. Dave is a veteran journalist who has spent two decades working at newspapers in the United States and Africa. A native New Yorker, Goldiner wrote for the New York Daily News, where he covered some of the biggest stories of our time, including the attacks of September 11, along with thousands of stories of hope and heartbreak. He also studied and worked in Southern Africa and has written for publications in South Africa and Zimbabwe. He holds masters degrees in journalism and public administration from Columbia University. Dave can be reached at goldiner[email protected], or follow him on Twitter @davegoldiner