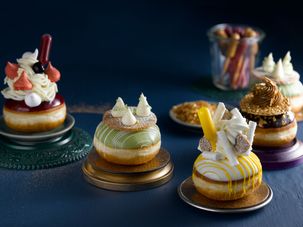 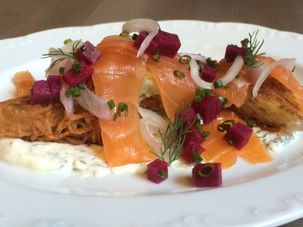 Latkes and sufganiyot are the unrefuted stars of the Hanukkah culinary landscape, but they are by no means the only festive foods to make and eat during the holiday. For a night or two we might convince ourselves that we could live on all that golden-fried goodness, but at some point the need for protein, green vegetables and other holiday fare makes itself apparent. 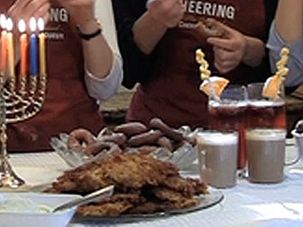 Watch: How To Make Doughnuts, Latkes And Drinks (In Yiddish!)

Get your Hanukkah party started by watching this Yiddish video. 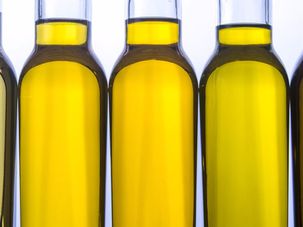 How To Choose The Right Oils For Hanukkah Frying

Making the best fried Hanukkah foods like latkes and doughnuts require the right oil for the job. 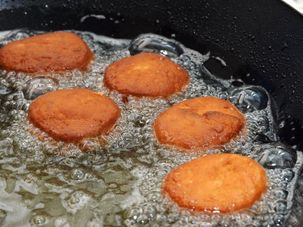 From choosing the right pan and the best oil for the job to keeping greasiness at bay, these tips ensure deep-frying success. 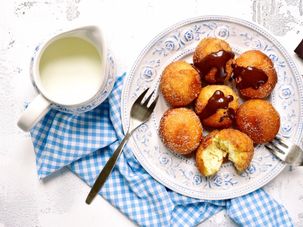 Whether you’re gluten sensitive or not, these doughnuts are sure to delight. 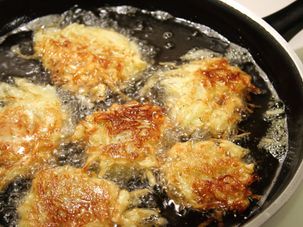 It’s Official: Latkes Are The Best Hanukkah Treat — And Here Are 10 Ways To Make Them Even More Awesome.

Community | Whether you like your potato pancakes sweet or savory, these mouthwatering recipes will transform your Hanukkah experience. 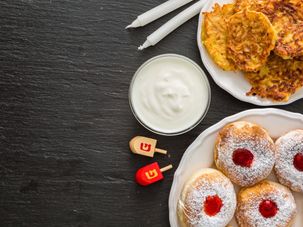 In the first round of the Great Hanukkah Debates, help us settle the question: what’s the best Hanukkah food, latkes or sufganiyot? 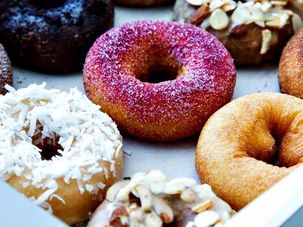 For National Donut Day, indulge in some sweet statistics, a dozen free doughnuts and a fresh perspective on office friendships. 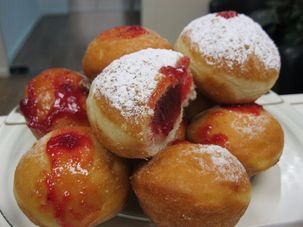 It’s about halfway through Hanukkah, and your initial excitement about latkes has worn off. So it’s time for sufganiyot.