Hey Starbucks — where are the Hanukkah seasonal lattes? For many people, it’s not truly fall until Starbucks launches the Pumpkin Spice Latte. The same goes for Christmas season; when the coffee chain’s iconic red, white and green Christmas cups, filled with seasonal drinks like peppermint, chestnut praline or gingerbread lattes, become available — as they did last week — you know it’s time to get to work on your gift list.

Yet even though Hanukkah comes before Christmas, our season isn’t designated by sparkly blue and white cups or any specialty drink. If major chains like Bed Bath and Beyond, Williams-Sonoma and even Walmart recognize Hanukkah — albeit poorly — then why can’t Starbucks throw us just one weird-flavored latte? Even some filled donuts in the pastry case would be nice, though it wouldn’t be as iconic as a trademarked drink.

Realistically, Purim or Rosh Hashanah or even Passover would all lend themselves more easily to a drink than Hanukkah, so we understand why there’s been a delay. But we’ll even do the work for them by brainstorming a few drink ideas; we just want the long-awaited winter holiday season to be a bit more inclusive.

Disclaimer: These drinks could all theoretically be ordered at a Starbucks, but we haven’t actually tried them, so do so at your own risk. 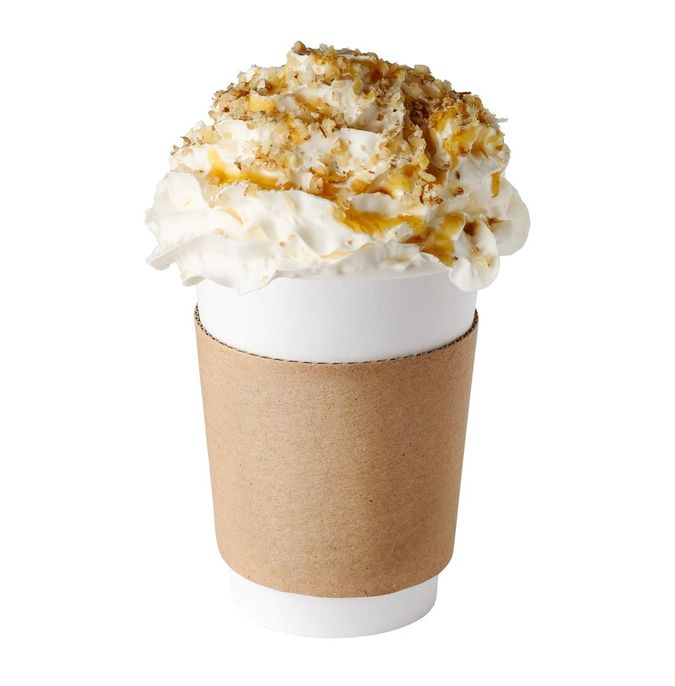 Imagine if that caramel drizzle was apple infused. Image by iStock

Latkes are the most quintessential Hanukkah food, especially in the U.S. But a potato coffee doesn’t sound too tasty, so we’re going to focus on the toppings for this one. Since Starbucks already invented an Apple Crisp Macchiato for this fall — it launched in time for Rosh Hashanah — we figured we’d use the new apple drizzle again for an applesauce-themed drink.

But to add that Hanukkah flair to the preexisting Apple Crisp Macchiato — now rebranded as the Applesauce Macchiato — we’re adding a whipped cream topping to represent the sour cream side of the great sour cream-applesauce debate and caramel brûlée bits on top just to nod at the textures of a crispy latke.

Honestly, insulting to try to make these into a drink. Image by Roladin

Sufganiyot, the filled donuts traditionally eaten for Hanukkah, can come in all kinds of flavors; anything you can make in cream or jam form could go inside a donut. But, at least according to iconic Israeli bakery chain Roladin — which is particularly famous for its sufganiyot — strawberry jam is the classic flavor. Since strawberry and coffee isn’t exactly a classic flavor pairing, we’d make this one a strawberry frappuccino with a few pumps of the Starbucks sugar cookie syrup and real strawberries, sprinkled with praline topping.

But we can’t stop there — Roladin is known for their over-the-top donuts during Hanukkah, topped with sumptuous piles of whipped cream or fancy sprinkles and paired with lavish extras like syringes of syrup to inject into your pastry before consumption. So the Sufganiyot Frap would be topped with a decadent swirl of whipped cream and garnished with a “chaser,” as Roladin calls its syringes, to inject a bit of white chocolate into the drink before your first sip. (If your local Starbucks doesn’t have a syringe, which they won’t, you can have them do it as a drizzle.)

Miracle of the oil coffee 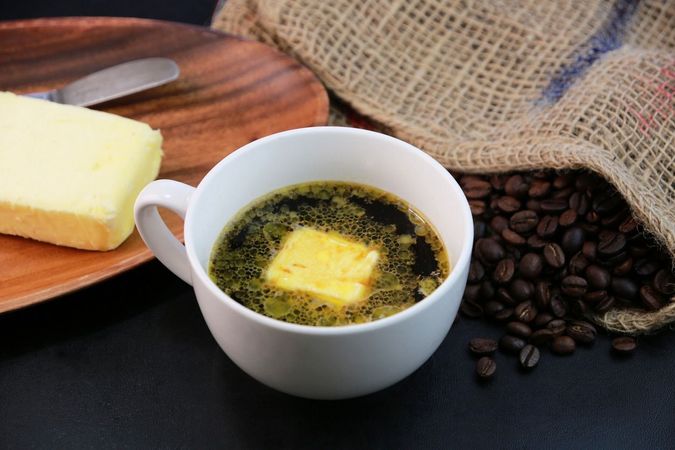 Butter coffee has a devoted following, especially among people on a keto diet. Theoretically, it might be good for you — something about lots of fat keeping you full longer without carbs. Hanukkah involves lots of carbs, but it is the holiday of oil, so we took advice from some keto blogs to get you the fattiest coffee possible to symbolize the miracle of the holiday.

You can’t add butter or MCT oil at Starbucks, but you can add heavy cream so it’s not too far off — plus whipped cream for extra fat and festivity — to an Americano. To up your carb count for symbolic necessity, you should add some java chips and a few pumps of whatever syrup you want. 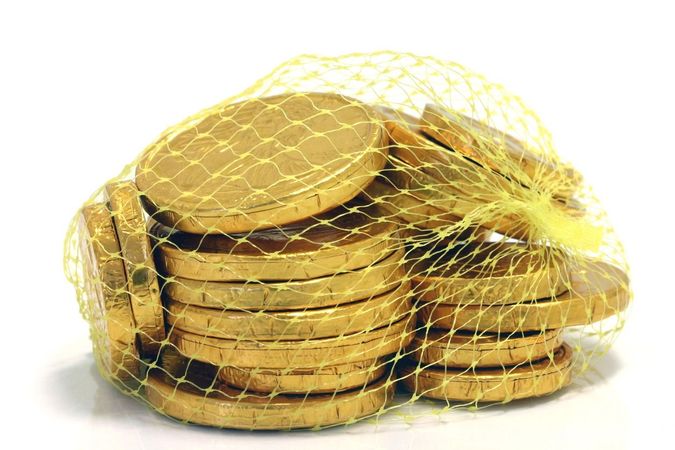 This but a drink, what could go wrong? Image by iStock

Hot chocolate is already pretty gelt-themed — chocolate is chocolate after all — but to add a thematic gambling element to it, we’re taking inspiration from TikToker Anna X Sitar, who has found fame by asking her Starbucks baristas to make her drinks that represent an emotion or event. So ask your barista to add whatever makes them think of miracles, or war, or maybe flames — be creative. Or, if you’re feeling especially bold, just ask them to add something Jewish. You might get something great, or gross, or even antisemitic.

Bring your own gold leaf to sprinkle on top, then take a sip and decide for yourself whether you got nisht (nothing) or gantz (everything) on this spin of the dreidel.

Hey Starbucks — where are the Hanukkah seasonal lattes?