Another Swastika Found on NYC Building 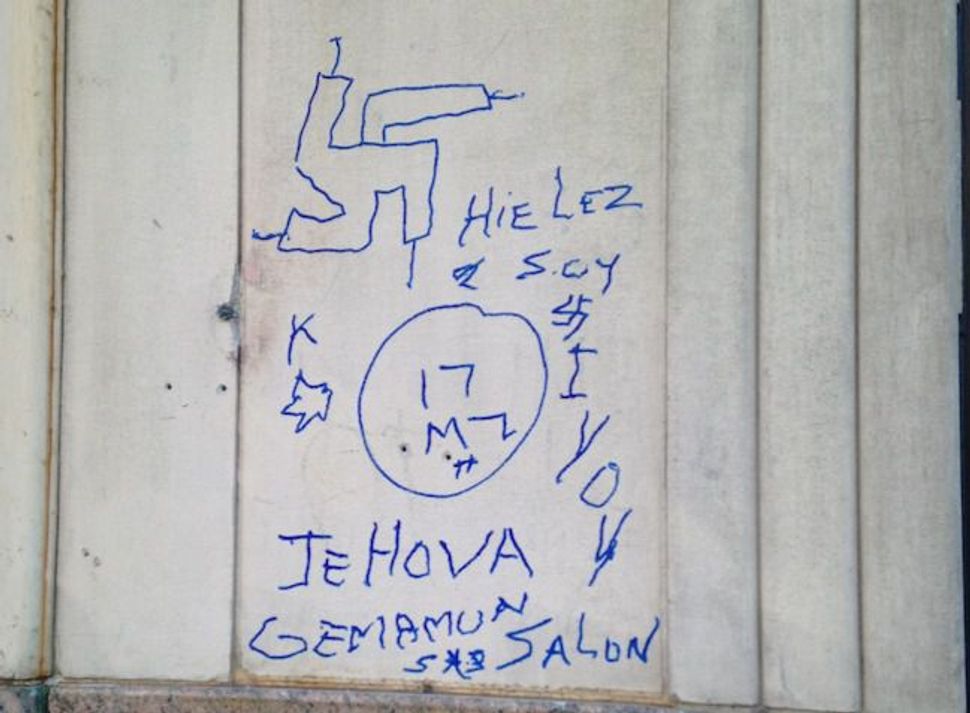 New York’s hate graffiti wave got its Broadway debut on Wednesday, after a Manhattan woman found a swastika scribbled onto the side of a building on the Upper West Side.

Neighborhood resident Lauren Monchik told the Forward she discovered the swastika on the building, located on the intersection of 104th Street and Broadway. She notified the police, who covered up the graffiti.

The vandal’s motives were unclear. The swastika was scrawled in blue and surrounded with other, indecipherable symbols and a mention of “Jehova.”

Whatever the intention, this is the latest in a bout of Nazi graffiti that has appeared around New York since the presidential election. New York police say bias incidents were up by a third in November.

An earlier version of this piece misidentified the person who first alerted the Forward of the swastika.

Another Swastika Found on NYC Building