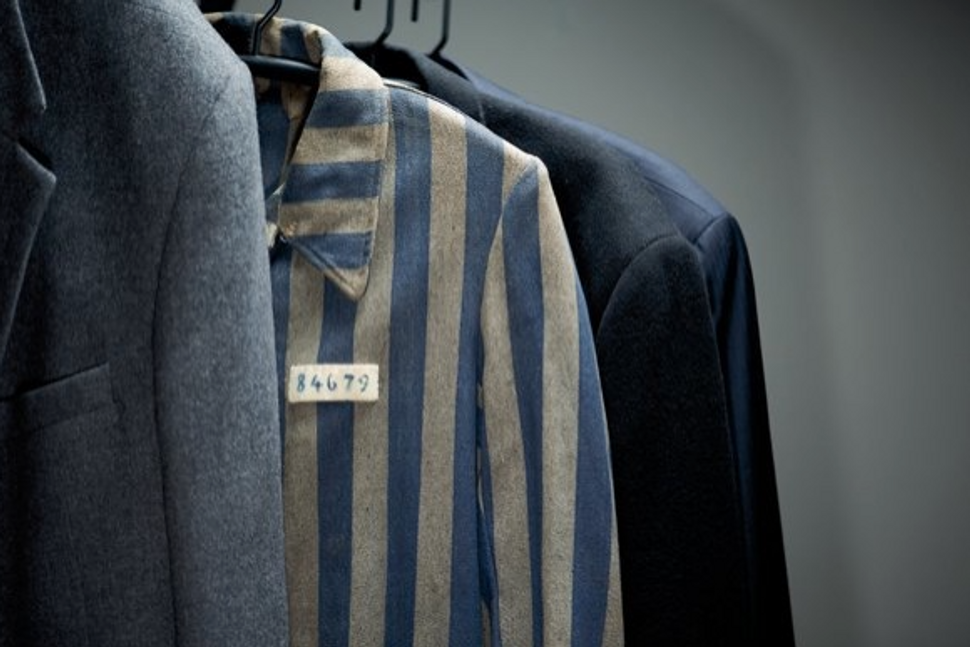 More than four decades after his death, Holocaust survivor Ben Peres is telling his story, thanks to a collector’s discovery of his his inmate jacket from the Dachau concentration camp at a Long Island estate sale.

Belonging to Ben Peres, the rare item was found last year when his wife Chaya was clearing out her home in Bellmore, Long Island. When a collector noticed the jacket, he notified the Kupferberg Holocaust Center of Queensborough Community College, which authenticated the item and put it on display.

Peres, born Benzion Peretski in Lithuania, immigrated to the United States after World War II, when he was imprisoned in Dachau. He used his reparations payment from the German government to put a downpayment on the Bellmore home, where he lived with Chaya and his two children Michael and Lorrie. Peres died in 1972 at 52 years old, never mentioning the jacket to his wife or children.

His two children donated more than 1,500 family documents and artifacts to the center, which will be using them to put together an exhibit about Peres and his Dachau memento.

“This authentic jacket provides anyone who comes near it an opportunity to be instantly [transported] into the past. Few Holocaust survivor stories can be told so completely,” said Dan Leshem, director of the Holocaust center, in KHC’s press release.