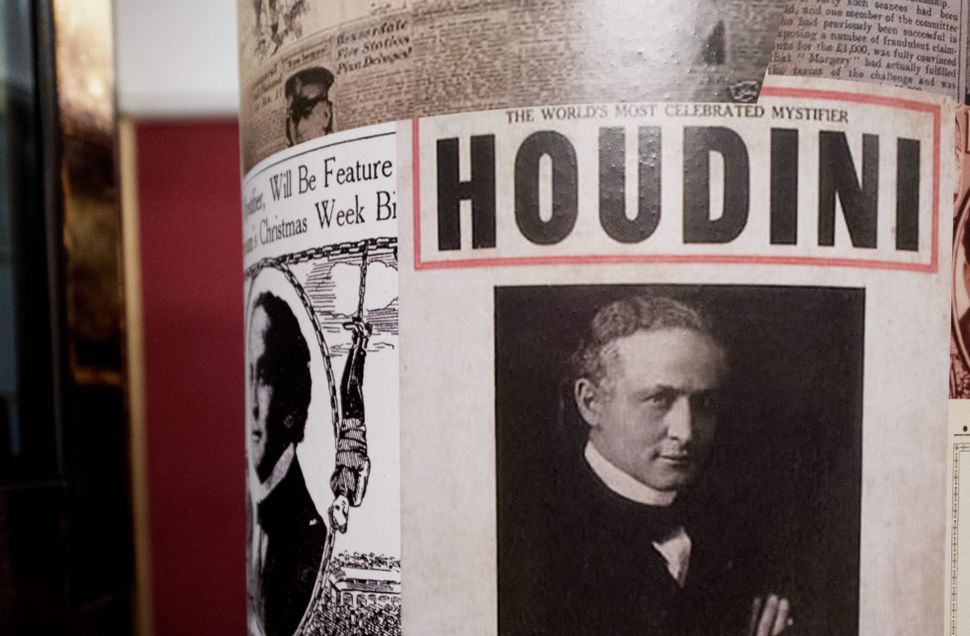 By Krisztina Fenyo and Krisztina Than December 20, 2016

Even a century after his death, the name Harry Houdini is synonymous with escapology, but less is known about his first great escape – how he left his Hungarian home as a child.

The House of Houdini, a museum in Budapest’s historic Castle district, seeks to shed light on the illusionist’s roots with a display of memorabilia and a research team tracking down documents about his life.

“He was, of course, the greatest escape artist history ever had… but I believe his secret lies from deep inside from his Hungarian roots, when as a poor Jewish family they escaped Hungary,” museum founder David Merlini said.

He went on to become the most famous escape artist of his day, captivating massive audiences with his daring escapes. He died in 1926 from a ruptured appendix.

The museum displays Houdini’s handcuffs and other artifacts, many photographs about his life and performances, and also a Bible from 1883, which belonged to his family.

“We are all a little bit Houdinis because everybody has a secret dream that is just waiting to be fulfilled,” Merlini said.—Reuters