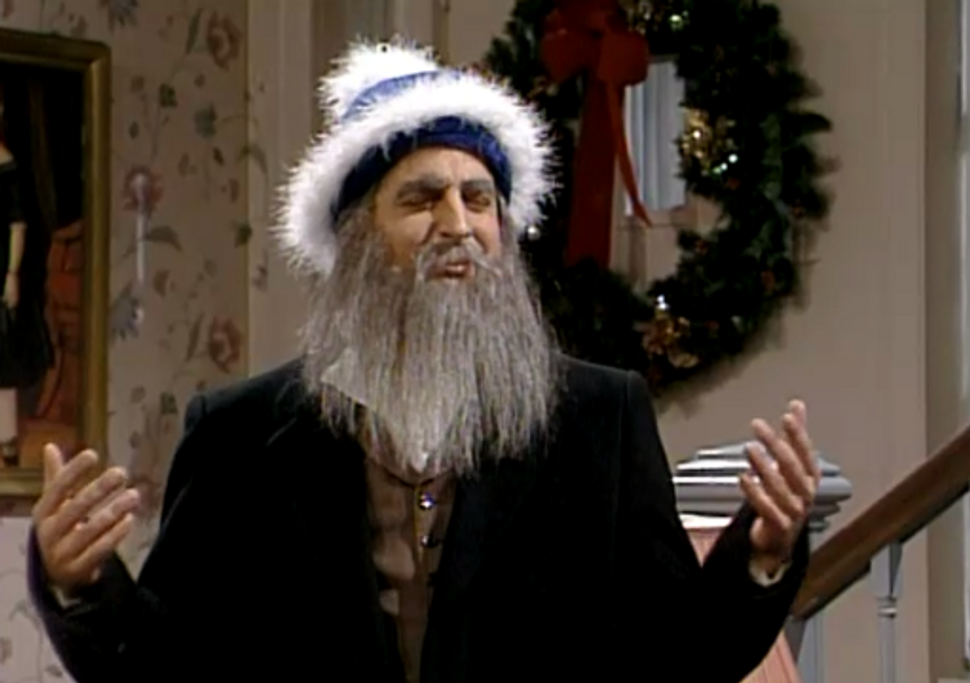 Christians have Santa Claus, but in the ‘80’s, Jews got “Hanukkah Harry,” courtesy of Saturday Night Live.

He lives on Mount Sinai, rides a sleigh pulled by reindeer Moishe, Herschel and Schlomo, and bears sort of “meh” presents like socks and slacks. But one December, Santa asks Hanukkah Harry (Jon Lovitz) to fill in for him when he falls sick on Christmas. Hanukkah Harry’s got some helpful advice for the sick Kris Kringle, telling him to try some cottage cheese to settle his stomach.

But kids Christine and Scott (Victoria Jackson and Mike Myers) aren’t that impressed with Hanukkah Harry’s gifts. “Well, you know, we’re always jealous of Rachel and Josh down the block, because they always get Hanukkah presents for eight nights. Well, maybe these are the kind of presents they get, so we shouldn’t be jealous,” Christine says.

Fortunately, Santa is magically healed, and arrives with cooler presents.

“What am I, molded whitefish, all of a sudden?” Hanukkah Harry says.

“Hanukkah Harry, we love you, too. You know, if it wasn’t for you, we wouldn’t have had Christmas at all,” Christine responds.