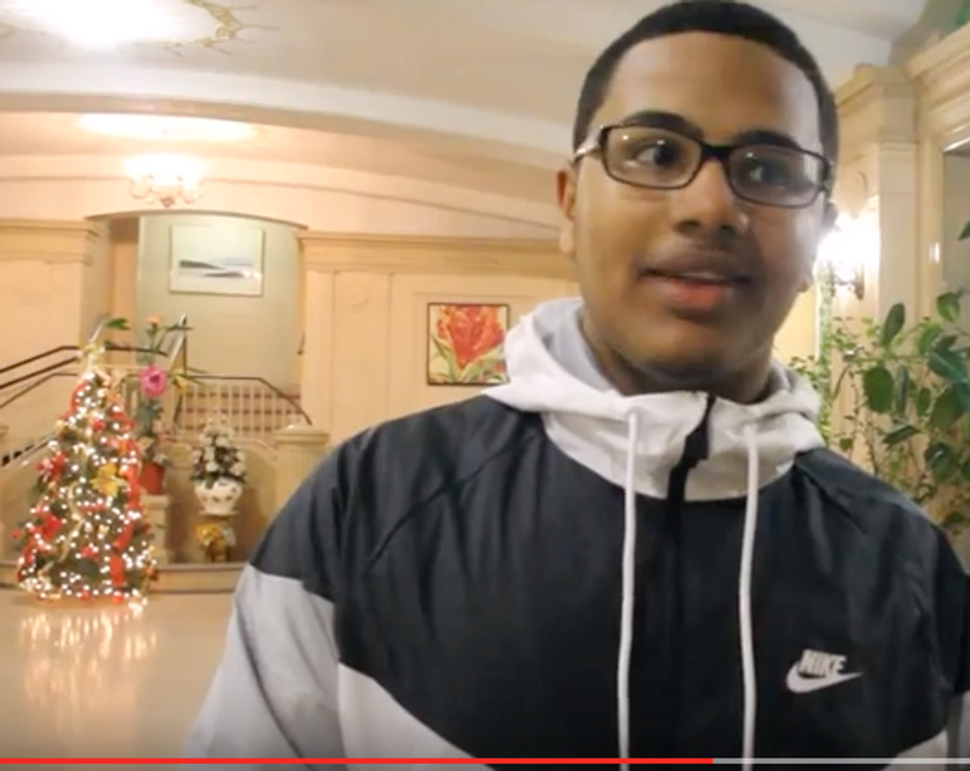 Ahmed Khalifa is winning recognition from the community after helping chase down a homeless man who slapped an Orthodox Jewish woman in the face on December 27.

“It was a very hard slap, I almost could feel the slap. He was 6-foot-6, and a very big, big guy,” said the 17-year-old Muslim high school student, in describing the incident, in which homeless man Rayvon Jones hit the woman while she sat on the Q train, according to the New York Daily News.

Khalifa held the doors open when the train arrived at the next stop and shouted for the conductor, as the woman was injured, with a gash on her mouth and broken glasses. He then went in pursuit of Jones, receiving an assist from a local Orthodox man he ran into and the Shomrim, a local patrol run by the Hasidic community whom the two called.

“A lady told me to run after the guy,” he said. “It took me a while to catch up. He started sprinting.” Cops nabbed the perp while he tried to get on a bus, and one of the members of the Shomrim drove Khalifa home.

“Some people are like ‘she’s Jewish, why did you help her,’” he told the Daily News, reflecting on the event. “I’m like everyone is equal. I treat everyone the same way.”