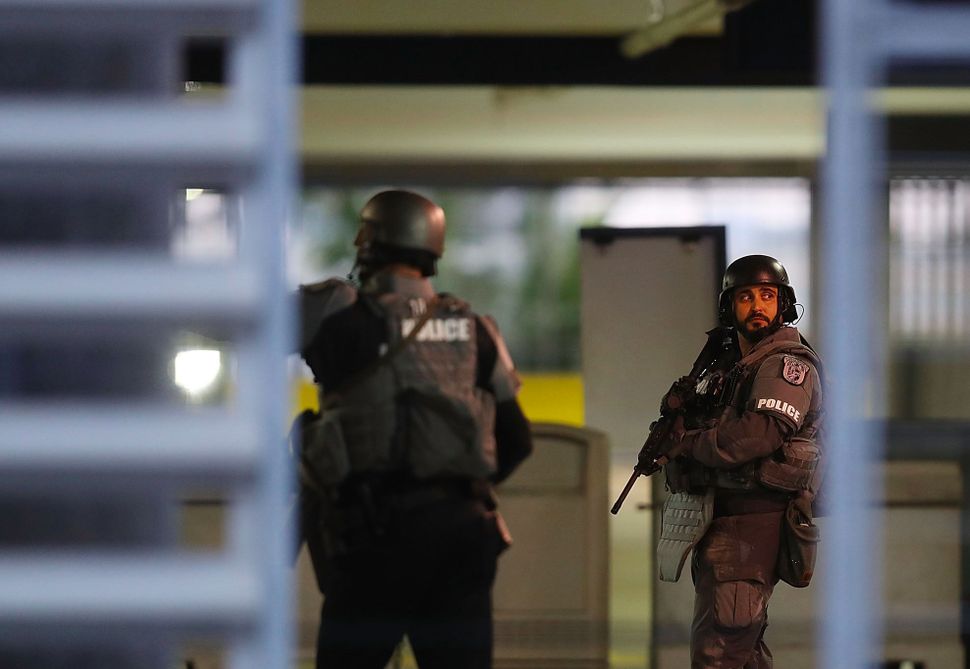 The call of nature may just have saved Ari Fleischer’s life during the Fort Lauderdale airport massacre.

The former White House press secretary had just walked off a flight from New York and stopped to go to the bathroom before heading down to baggage claim to meet his driver.

“Just as I was leaving the bathroom, I heard: ‘Tap-tap-tap, tap-tap, tap.’ Multiple gunshots ringing out,” he told The Washington Post.

Fleischer knew right away he would’ve been been right in the middle of the gunplay if he had gone down the escalator.

“I would have been in the middle of it. It was right below me.”

Fleischer and a few others ducked back into the bathroom. Then they decided to make a run for it to get outside.

As he fled, Fleischer saw the aftermath of the shooting on the baggage claim level. Five people were killed and several seriously wounded, and authorities arrested decorated Iraq war veteran Esteban Santiago at the scene.

“There was a trail of blood,” he told the Post. “You could follow the path of it. I looked down and I could see one of the victims and he was bleeding profusely.”