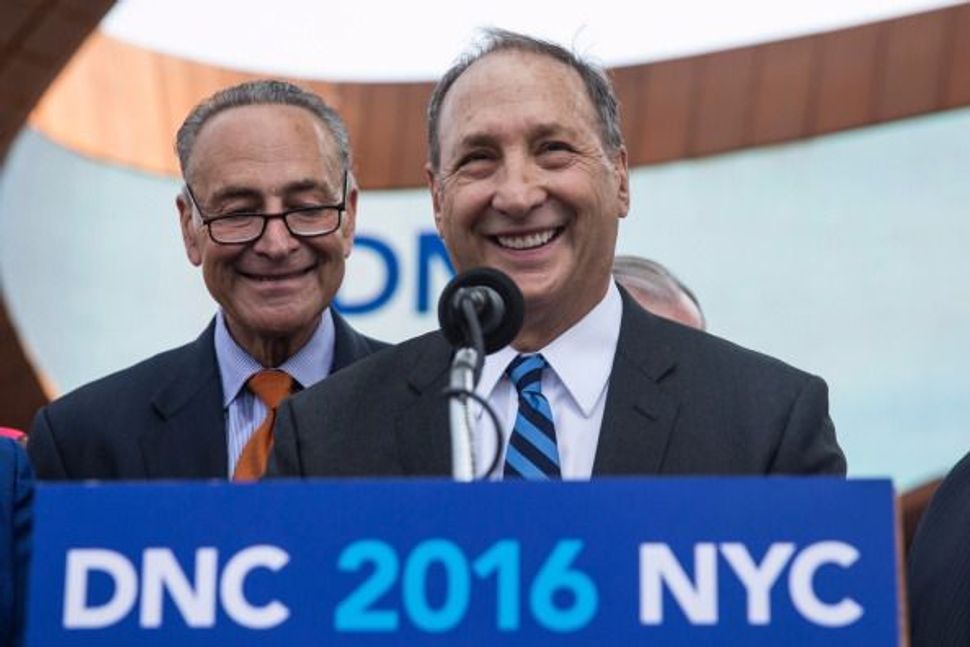 New York developer Bruce Ratner is pulling out his real estate know-how in a nasty divorce battle, trying to boot his soon-to-be ex-wife from her Manhattan plastic surgery practice, her attorneys charge.

Ratner has tried to gain the upper hand in the fight through “gamesmanship,” demanding that Lipkin vacate the premises on East 62nd Street, papers filed by lawyers for Pamela Lipkin assert. Ratner technically owns the property, but Lipkin alleges the two had an implicit understanding in which she transferred her ownership stake on the parcel to him, in exchange for stakes in a piece of California real estate and an agreement that she could remain in her present office.

“Ratner knows full well what he agreed to with Lipkin, but in an effort to gain the upper hand in divorce negotiations and devastate Lipkin, he has chosen to renege on his promises,” the complaint, registered in Manhattan court, claims.

Lipkin specializes in nose jobs and has gone on national television to discuss the procedure. Ratner is credited with redeveloping large stretches of downtown Brooklyn, including Jay Street-Metrotech, is a part owner of the Nets and helms the New York firm Forest City Ratner.