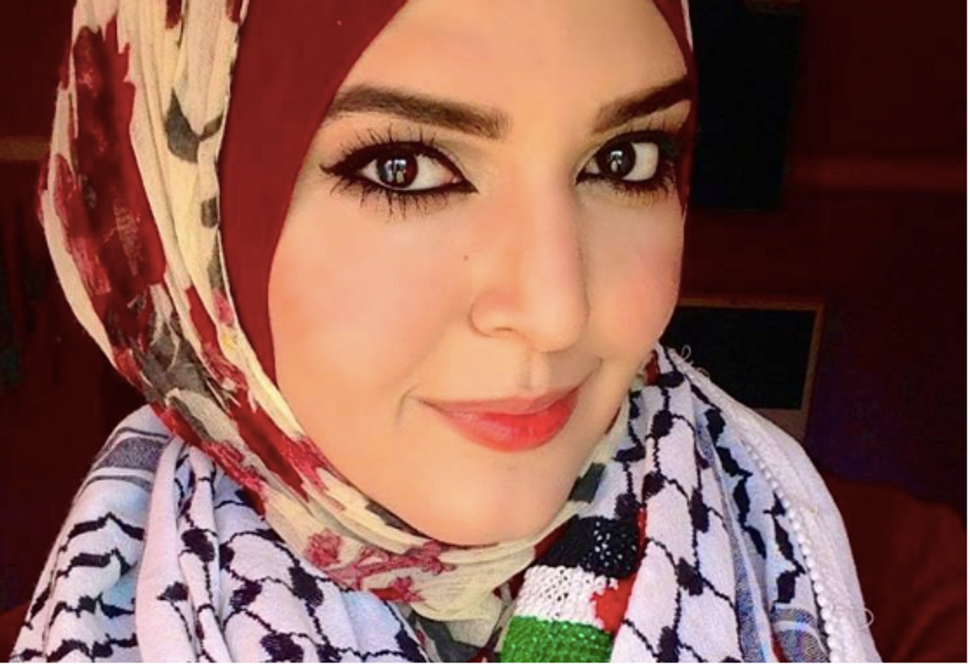 Students for Justice in Palestine leader Nerdeen Kiswani posted on Facebook cheering a truck-ramming terror attack that took the lives of four Israeli soldiers — a move that drew condemnation from some Jewish advocates.

“While Palestinian and ‘allies’ in the West scramble to condemn, apologize, explain, hide, rationalize, etc what happened this morning, Palestinians in Palestine are giving out sweets in celebration,” she wrote. Calling the merry-making an “F you” to settlers, she continued, “I will not hide from this. I will not be ashamed or embarrassed by this. These actions are what keep the resistance moving forward, they are what keep it alive.”

Kiswani is a student in the City University of New York system, taking classes at both Hunter College and the College of Staten Island. After the Algemeiner reported on her Facebook post, it appears to have been removed from the Internet.