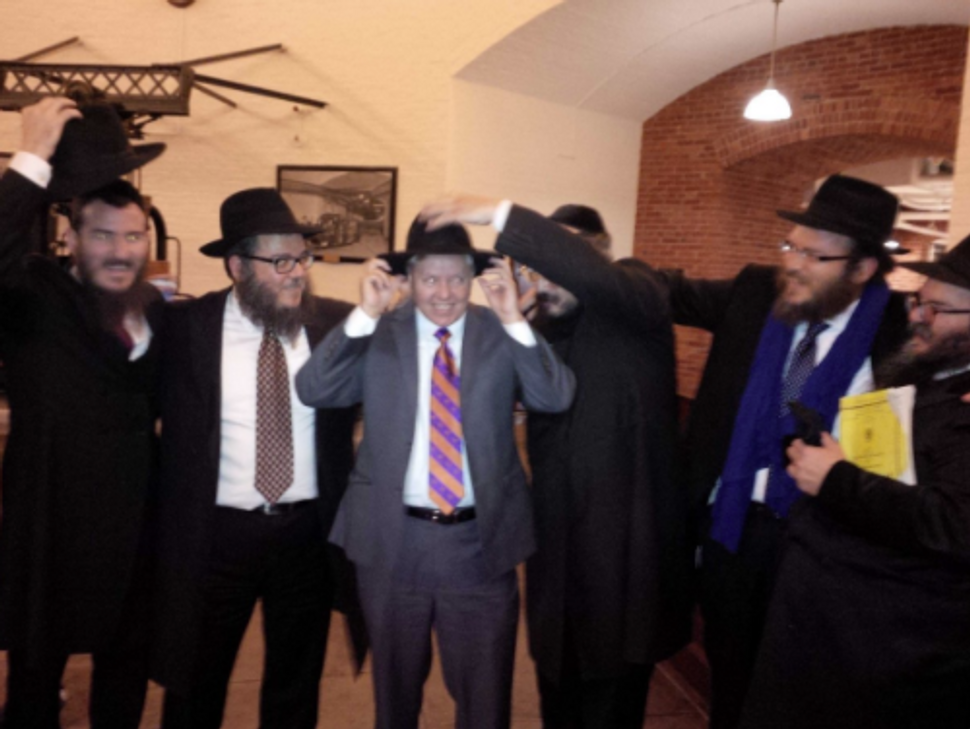 On the way to a Senate vote yesterday, Lindsey Graham stopped a group of Hasidic Jews to compliment their hats.

What ensued was a general swapping of fedoras, to judge by a photo that Graham’s Senate colleague Ben Sasse posted on Twitter.

On the subway to the vote, Lindsey literally struck up the conversation with “Hey Fellas. I love your hats.” pic.twitter.com/XWJVC44Rq3

Graham, a Southern Baptist, is grinning broadly as men who appear to be members of the Lubavitch Hasidic group place one of their fedoras on his head.

From there the mystery Hasidim appear to have moved on to the Senate’s Jewish caucus: Moments later, a reporter for ABC News tweeted that Senator Al Franken had stopped in the Senate hallways to dance with unknown Hasidim.

Spotted: Sen. Al Franken passing a bunch of Hassidic Jews and breaking out in “shalom aleichem” and a dance. Made my night.