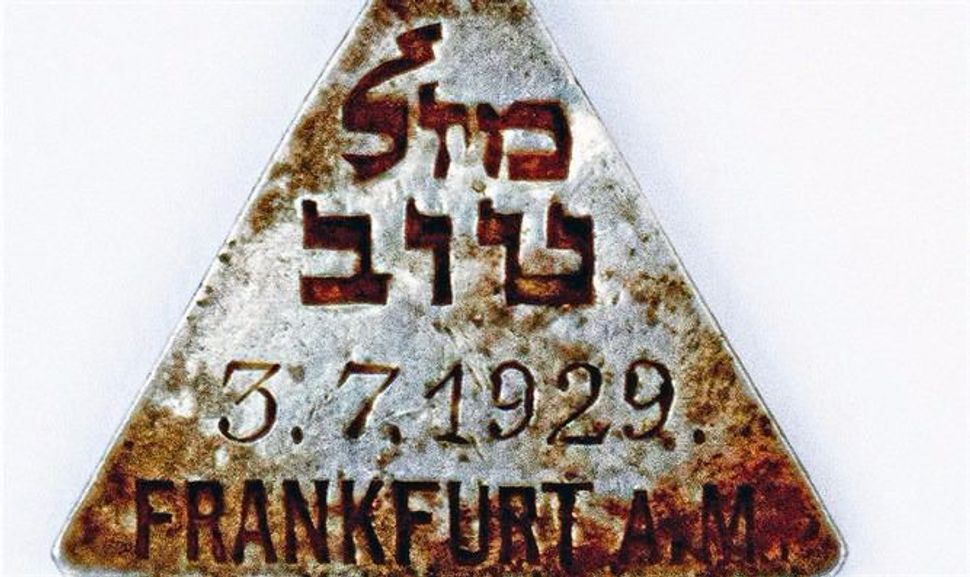 A pendant found at the Sobibor Nazi death camp in Poland may have belonged to a doomed relative of famed diarist Anne Frank.

The tiny unique pendant was dropped by its owner or someone in possession of the jewelry on the “Pathway to Heaven,” the path along which Jewish victims were forced to walk to the gas chambers, JTA reported.

It bears the words “Mazal Tov” written in Hebrew on one side and on the other side the Hebrew letter “ה” for God’s name as well three Stars of David — and the owner’s birthday.

Researchers believe it belonged to Karoline Cohn, who came from Frankfurt like Frank, who also owned a similar pendant, suggesting a possible family tie.

The pendant likely fell through the floorboards of the horrifying walkway and remained buried until it was discovered last fall by archeologists.

“The moving story of Karoline Cohn is symbolic of the shared fate of the Jews murdered in the camp. It is important to tell the story, so that we never forget,” said Yoram Haimi, an archaeologist from the Israel Antiquities Authority.