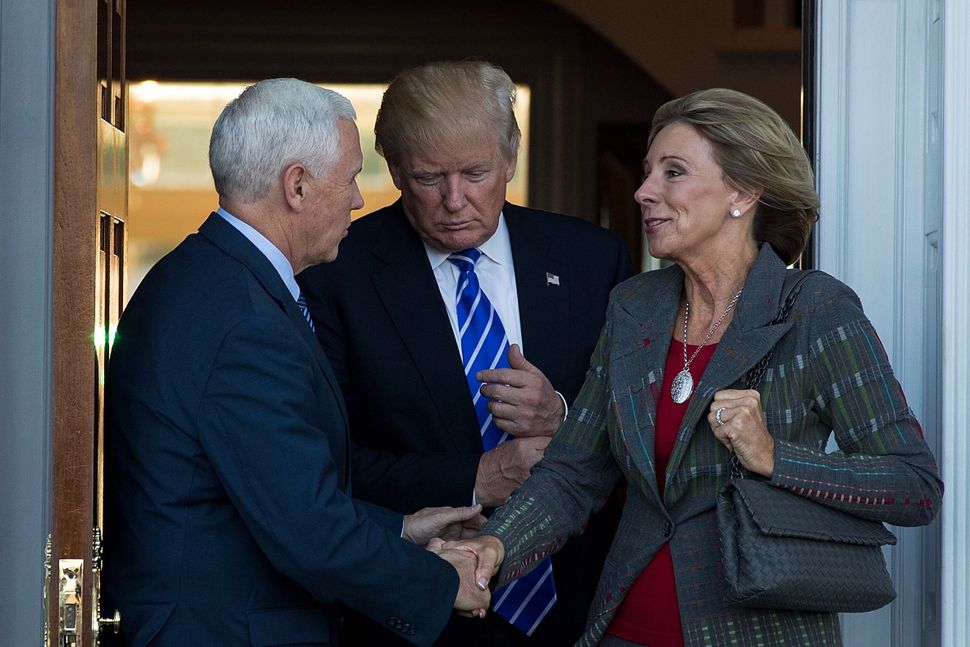 In the midst of a stormy confirmation hearing for Donald Trump’s Secretary of Education nominee Betsy DeVos, Minnesota Senator Al Franken left the nominee speechless with attacks on her suitability for the position.

“It surprises me that you don’t know this issue,” Franken said, after asking DeVos whether she believes individual improvement or meeting grade-linked standards was a more important measure of student learning.

Franken also asked DeVos if she believed in so-called “conversion therapy,” a discredited practice that attempts to change the sexual orientation of gay people. Franken cited donations by members of DeVos’s family to the conservative Christian group Focus on the Family, which supports the practice. DeVos said that she did not support conversion therapy, and suggested that she had not given to Focus on the Family.

“Your characterization of contributions, I don’t think accurately reflects those of my family,” she said. “I would hope that you wouldn’t include other family members beyond my core family.”

In response to another Senator’s questions, DeVos said that tax filings that list her as a board member of a DeVos family foundation that funded Focus on the Family were incorrect, and attributed her name appearing on them to a “clerical error.”