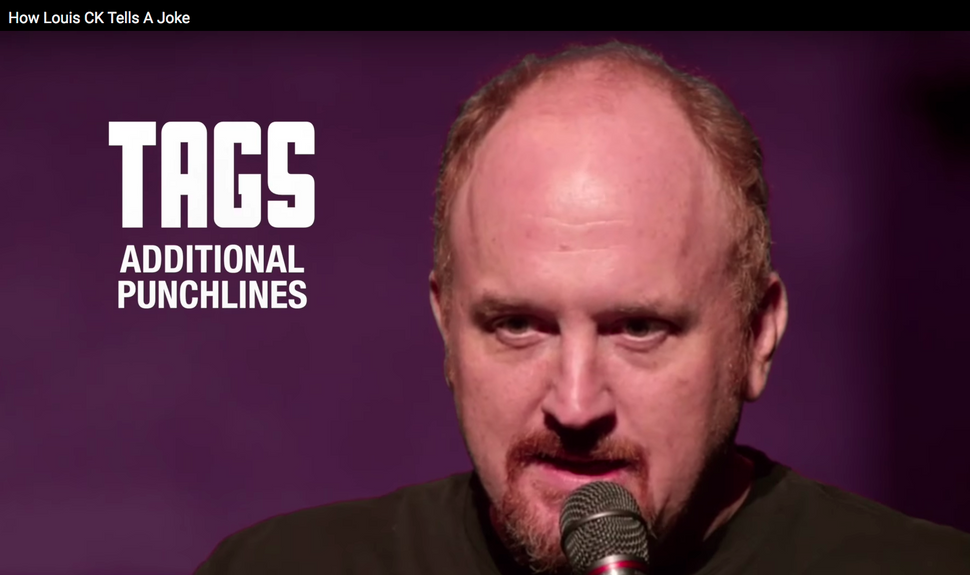 We know that Louis CK is very funny, with a scathing take on contemporary society. But Nerdwriter1’s seven minute YouTube analysis explains that CK’s technique has three major pillars.

First. However spontaneous he sounds, CK has meticulously planned every word. As a matter of survival, comedians need clear premises. If the audience doesn’t know what comedians are talking about, it isn’t going to laugh at the punchline.

Second. CK uses every word. Punchlines are the biggest surprises, but there are laughs in, for example, judicious use of over-dramatic adjectives in the premise. His 6-year-old daughter will lose at monopoly. But saying she will “inevitably” lose “every” game is as clear — and funnier.

Dan Friedman is the executive editor and comedy correspondent for the Forward. Follow him on Twitter, @danfriedmanme