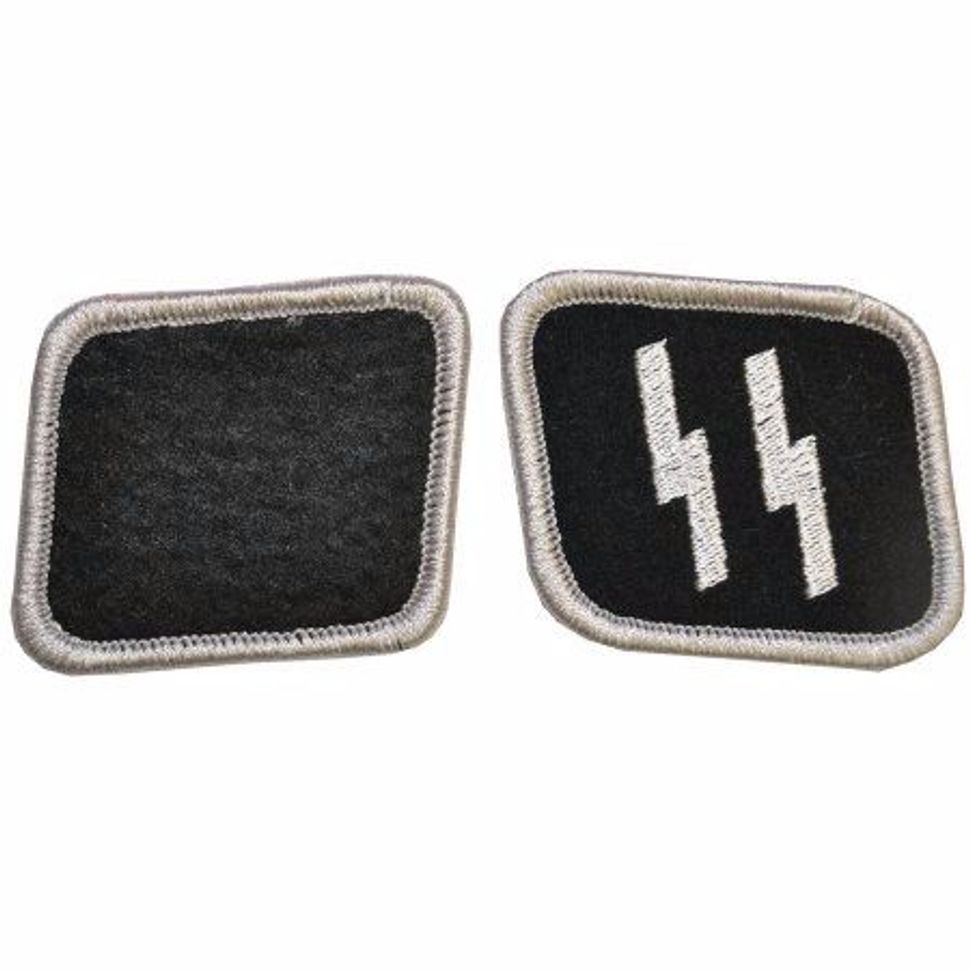 Remember when Prince Harry dressed as a Nazi at a costume party? Until today, the average American could do the same, for the low price of $13.87 (plus free shipping.)

As of this morning, Walmart’s online store offered SS collar tabs, complete with the signature double lightning bolts. The website described the tabs as “for costume purposes only”; the vendor, Morris Costumes, makes a range of party gear, from “Sexy Cave Girl” to tiny ladybug.

Just a month ago, consumers caught Wal-Mart selling “Got Hitler” mugs; the world’s largest retailer pulled those, as well.