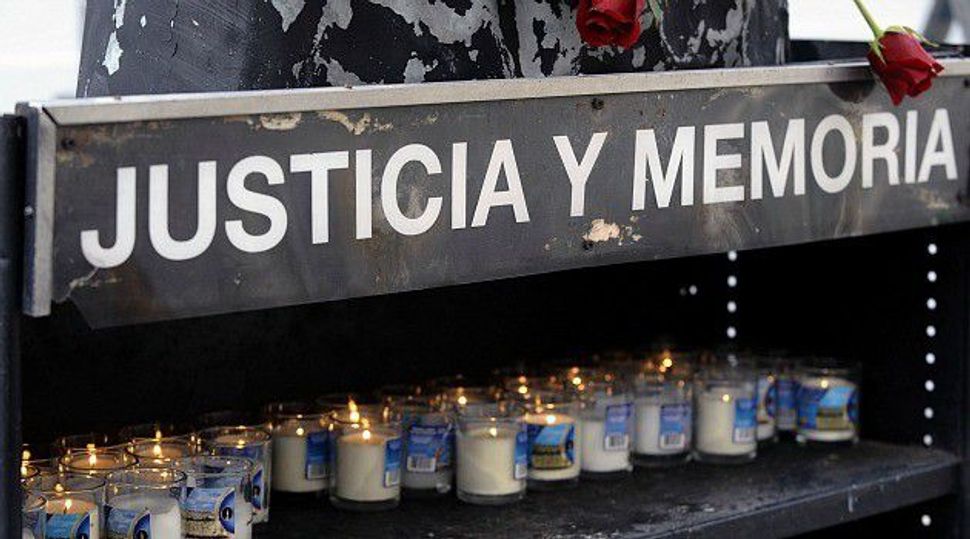 A Jewish community center in Buenos Aires was briefly evacuated after a false bomb threat on Thursday, Argentina’s Jewish community association AMIA said in a statement, a day after dozens of similar episodes were reported in the United States.

The threat also came a day after the two-year anniversary of the mysterious death of prosecutor Alberto Nisman, who had been investigating whether former President Christina Fernandez tried to cover up Iran’s alleged role in a 1994 attack on another AMIA building in Buenos Aires that killed 85 people.

The AMIA statement said police had received an anonymous phone call threatening a center for senior citizens near the AMIA building that was attacked nearly 23 years ago.

The history of the attack “obliges this institution to demand the highest levels of security and prevention, and to pay the utmost attention to this type of provocation,” the statement said.

Iran denies any role in the 1994 attack. Nisman’s death is still being investigated, and an appeals court revived his case against Fernandez last month.

Twenty-seven Jewish community centers in 17 U.S. states reported receiving false telephone threats on Wednesday, prompting evacuations and an FBI probe into the second wave of hoax attacks to target such facilities this month.