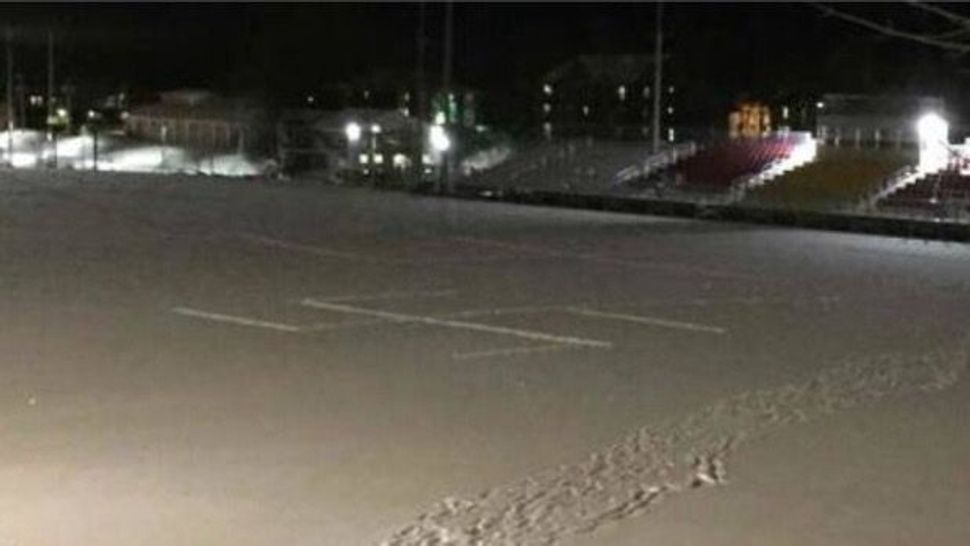 A large swastika was found drawn into the snow on the football field Friday at Mount Allison University in New Brunswick, Canada.

“This really brought me back to reality that this is something that does exist and I do have to be concerned about it,” Laura Medicoff, head of the school’s Jewish Students Association, told CBC News.

By Saturday the swastika was re-etched into the word “hope.” But students and faculty took to social media to discuss the hate crime.

One Jewish student, Caroline Kovesi, tweeted the need for an institutionalized change: “After the investigation, I want to see real change & absolute commitment to zero tolerance/real consequences to hate.”

Kovesi, a fifth-year sociology and philosophy student, told CBC News that she would refrain from telling her grandparents, all of whmo are Holocaust survivors, about the incident.

“It’s just such a disgrace to all of my family members who were murdered in the Holocaust,” she said.

The school said the vandalism did not reflect the culture at the university.

“In response to last evening’s expression of hate on Alumni Field, we stand with our community with a message of hope,” it said.