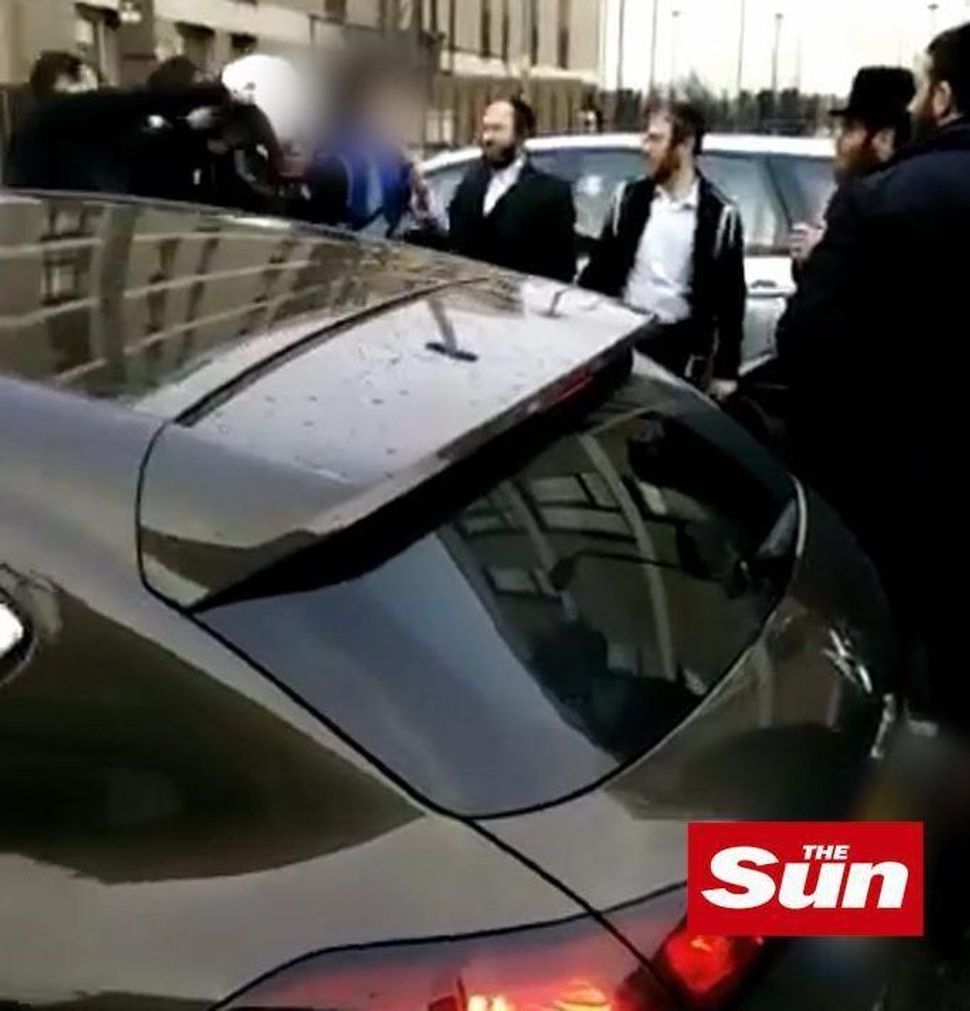 Image by The Sun

A wild brawl erupted between a group of Orthodox Jewish men and a London traffic officer after the cop allegedly ran over a man dressed in traditional Jewish clothing with his moped.

“He revved up his bike and drove straight towards him at full speed,” a witness told The Sun.

The witness said the traffic warden also assaulted the victim with his radio and then onlookers with his helmet in the Hackney neighborhood.

“It was like something out of a movie. The warden literally lost the plot,” another Jewish witness told the paper.

Police and other witnesses countered that the Hasidic men were to blame for attacking the cop, who was hospitalized for injuries suffered in the scrap.

“The warden’s bodycam footage shows he was subjected to significant and unprovoked levels of intimidation, threats and harassment in the lead-up,” said Feryal Demirci, a local official.