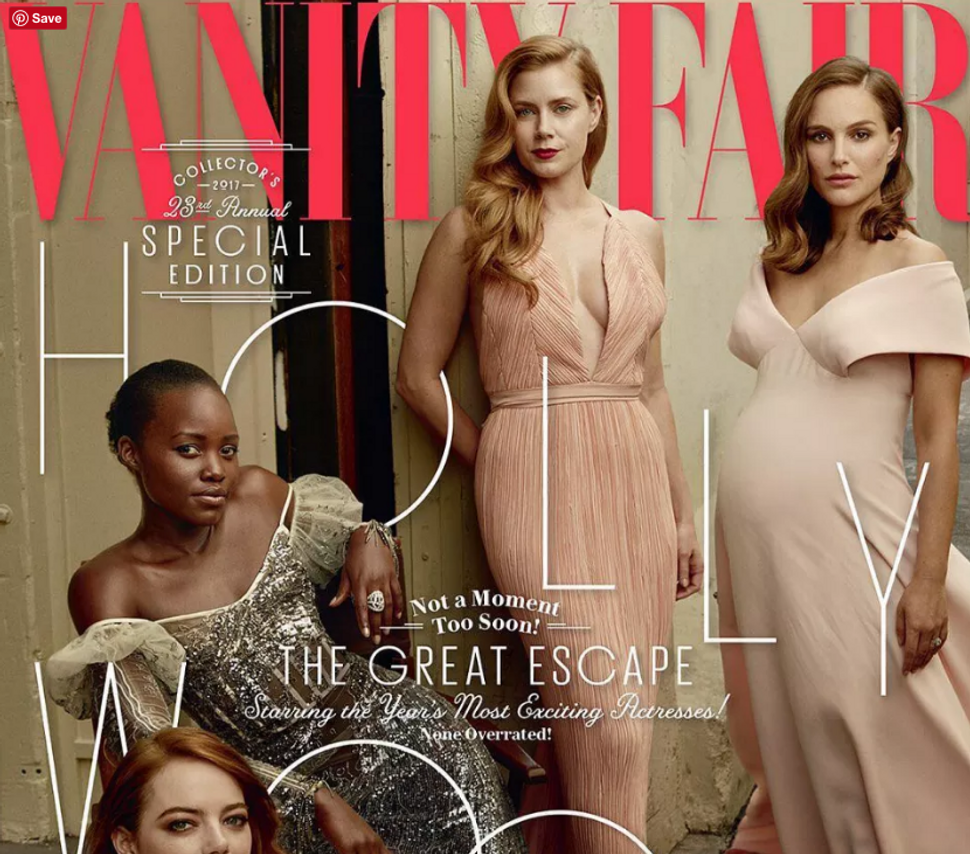 Natalie Portman is not slinking away from the camera as she awaits her second child. Instead, she’s hitting the newsstands this month on the front cover of Vanity Fair, baring her pregnant belly in a semi-nude photo shoot.

Portman graced the magazine cover alongside other nominees for the Academy Awards this season, including Amy Adams, Dakota Fanning, Greta Gerwig and Janelle Monae. She’s earned plaudits – and perhaps soon an Oscar — for her turn as President John F. Kennedy’s wife in “Jackie.”

The semi-bare shot, appearing deeper into the magazine, reprises a photo that Demi Moore took two and a half decades ago, when she too showed her pregnant stomach. Portman and husband Benjamin Millepied already have a son together, 5-year-old Aleph.