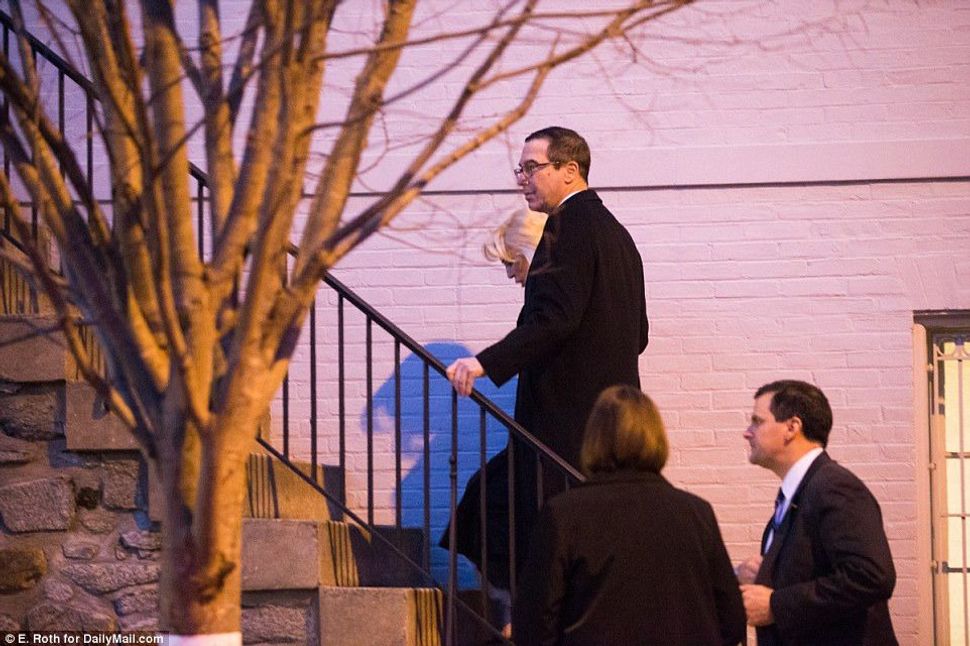 The London-based Daily Mail published photos of food and caterers, flowers and a makeup artists arriving at the Kushner’s new home in the Kalorama neighborhood of Washington DC. Local Chabad rabbi Levi Shemtov also was photographed outside their house on Friday afternoon.

Photos showed Secret Service agents inspecting boxes of food as well as floral arrangements, and the delivery men who brought them, that arrived to the couples’ home.

The gathering is the first indication of how the Kushner-Trump power couple will combine their White House roles with the demands of Shabbat.