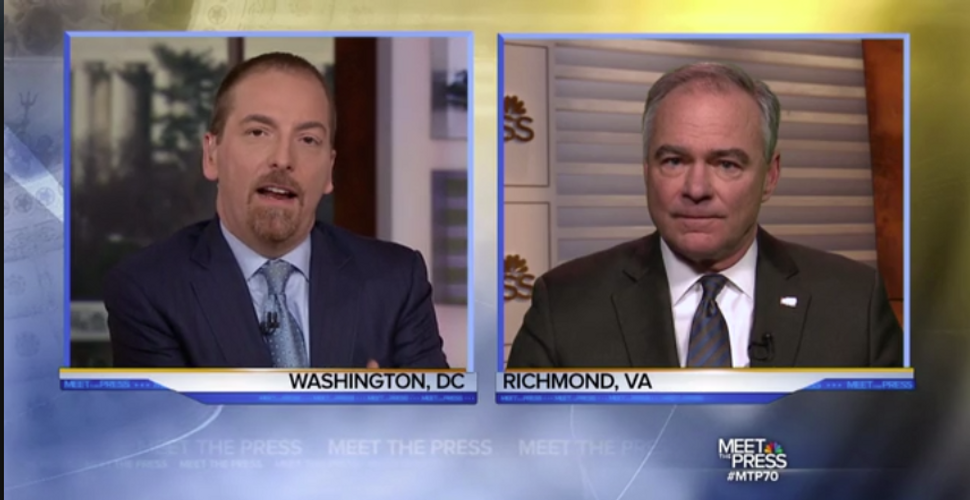 President Donald Trump’s spokeswoman said his statement on Holocaust Remembrance Day that omitted specific reference to Jews was part of an effort to be inclusive. Tim Kaine saw a more nefarious motive behind the missive: Holocaust denial.

He traced the statement, as well as the president’s ‘Muslim ban’ to chief White House strategist Steve Bannon, whom he characterized in stark terms. “… you have the chief political adviser in the White House, Steve Bannon, who is connected with a news organization that traffics in white supremacy and anti-Semitism, and they put out a Holocaust statement that omits any mention of Jews,” Kaine said.

Bannon is the former head of Breitbart News, which he described as a “platform for the alt-right,” a collection of white supremacists, white nationalists and provocateurs who ape those attitudes to upset others.

Trump’s Holocaust Remembrance Day statement drew criticism from Jewish organizations across the spectrum, including the Anti-Defamation League and the Zionist Organization of America.