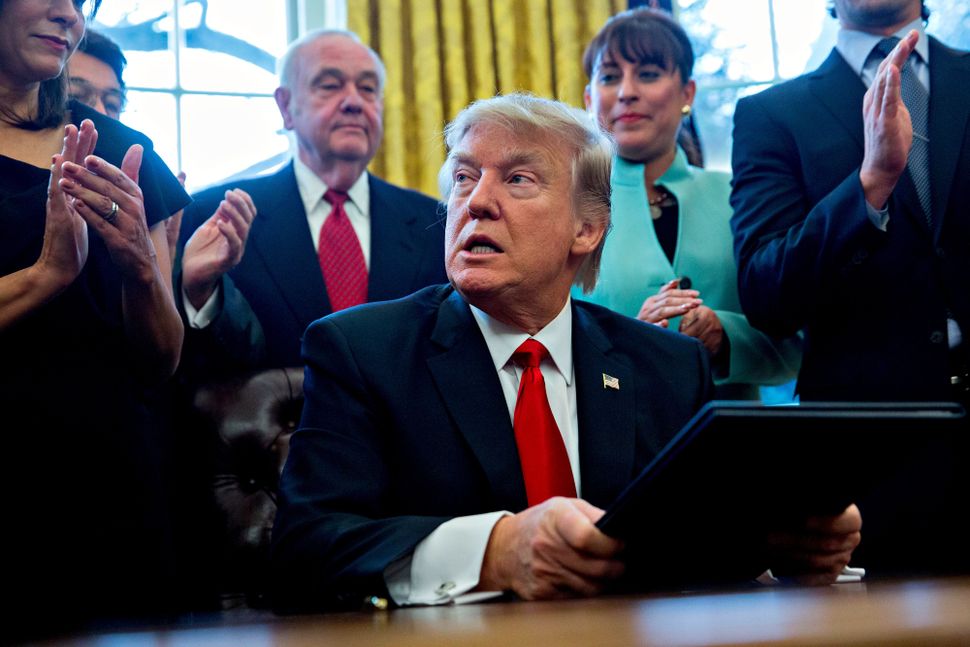 In a twitter message posted before dawn on Tuesday, President Donald Trump bestowed the head of the Senate Democrats with his own demeaning nickname, of the sort Trump handed out to primary opponents “Lyin’” Ted Cruz and “Little” Marco Rubio.

Nancy Pelosi and Fake Tears Chuck Schumer held a rally at the steps of The Supreme Court and mic did not work (a mess)-just like Dem party!

In the tweet, Trump referred to an incident on Sunday in which Schumer became emotional at a news conference talking about executive order on refugees.

“This executive order was mean-spirited and un-American,” Schumer said, his eyes welling with tears.

Schumer’s family was decimated by the Nazi Holocaust. The Nazis killed his great-grandmother and all but two of her nine children. Members of his wife’s family were also killed.