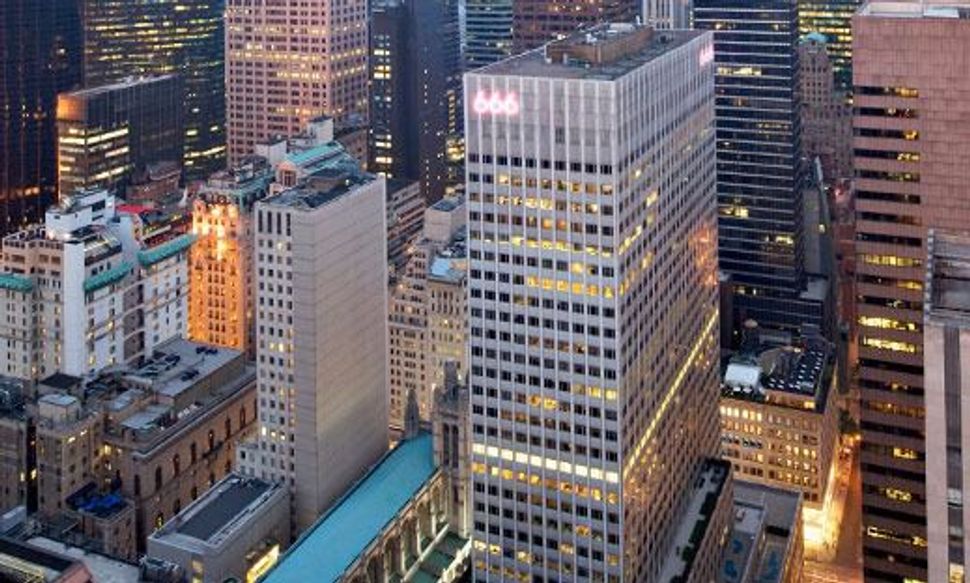 Jared Kushner has sold his stake in his family’s office tower and business headquarters in midtown Manhattan, as part of his promised effort to avoid conflicts of interest while serving as a White House senior adviser.

“Mr. Kushner’s ownership interests were sold using a third-party appraisal for fair market value to a family trust, of which he is not a beneficiary,” a spokesman for the Kushner Companies real estate firm told the Real Deal. The price of the sale of the 666 Fifth Avenue property was not disclosed, nor was it known who controls the family trust.

Kushner bought the building a decade ago, at the height of the New York real estate bubble, for almost $2 billion, in what’s now seen as an over-sale. Kushner Companies operates out of the tower along with other businesses that lease space from the corporation.

Some said Kushner’s appointment was illegal under anti-nepotism statutes, but it was ultimately decided that those rules didn’t apply to the White House.

The Fifth Avenue building specifically attracted attention after The New York Times reported that Kushner had entered into an agreement with a Chinese conglomerate to redevelop the property.

Represented by former Bill Clinton official Jamie Gorelick, he has responded by stepping away from Kushner Companies and promising to divest himself of foreign investments and various stocks.