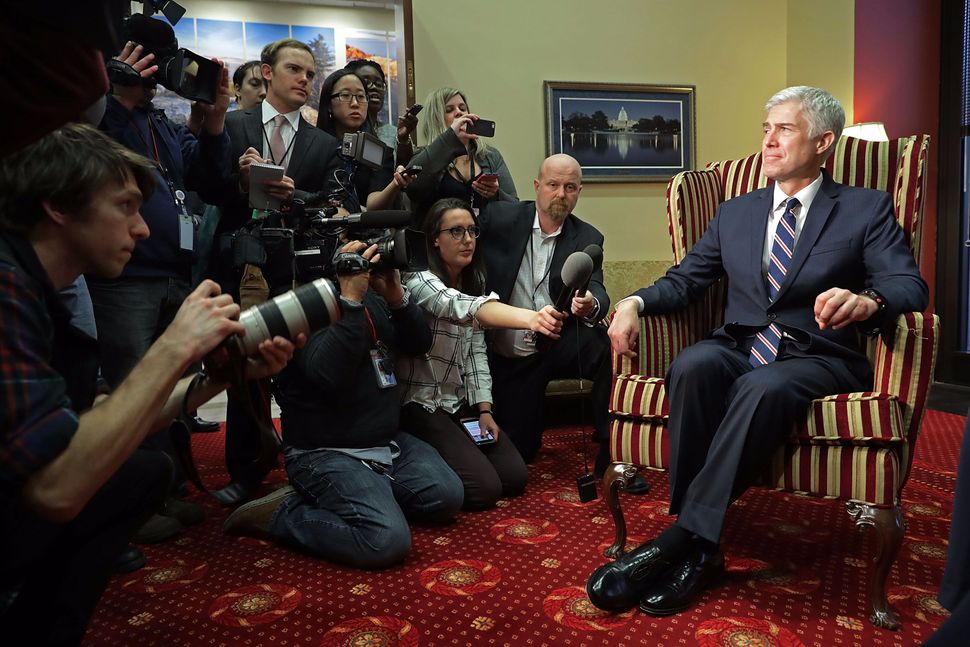 Update: According to fact-checking website Snopes.com, the “Fascism Forever Club” mentioned on Neil Gorsuch’s yearbook page and cited by the Daily Mail in its article was a joke. For more information, click here.

As a high school student in the 1980s, President Donald Trump’s Supreme Court nominee Neil Gorsuch was so riled by the liberal leanings of the teachers at his elite Jesuit preparatory school that he founded the “Fascism Forever Club” to resist them.

Gorsuch, 49, was president of the club until he graduated in 1985, according to the Daily Mail, which found this and other evidence of Gorsuch’s deep-seated conservative convictions by picking through old yearbooks at Georgetown Prep, his alma mater in Bethesda, Maryland.

The yearbook described the SCOTUS pick to replace Justice Antonin Scalia as, “our tireless President Gorsuch”; whose “‘Fascism Forever Club’ … happily jerked its knees against the increasingly ‘left-wing’ tendencies of the faculty.”

The yearbook also showed him reading William F. Buckley’s 1959 book “Up from Liberalism.”

Orthodox Jewish activists hailed Gorsuch’s appointment for his willingness to allow expressions of religion even at the expense of lowering the wall separating church and state. Liberal Jews look at his opinions on these issues, as well as on those relating to women’s rights, labor and environment, with a mixture of concern and dismay.

American citizens and observers of its politics who are critical of President Donald Trump have voiced concerns since his election that he and his followers have authoritarian tendencies. This week, a United States Holocaust Memorial Museum poster listing the warning signs of fascism went viral on Twitter, attracting hundreds of thousands of likes and retweets.