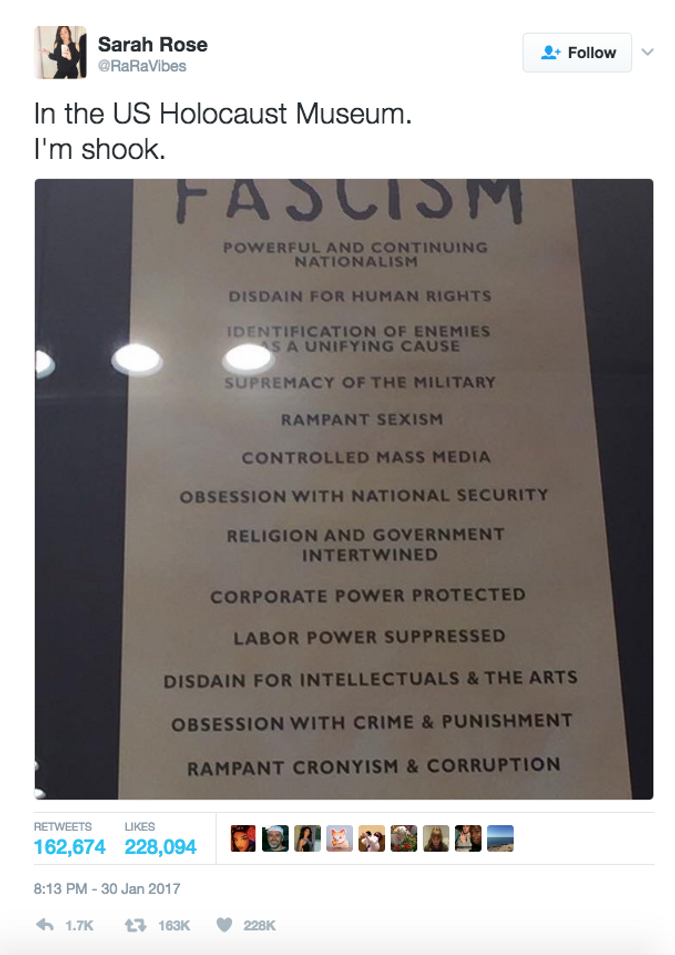 Among some of the “warning signs” are “powerful and continuing nationalism,” “disdain for human rights,” “identification of enemies as a unifying cause,” “rampant sexism,” “disdain for intellectuals and the arts” and “rampant cronyism and corruption.”

Nazi and Holocaust imagery has increasingly come into focus, with left and right trading accusations charged with those references. The White House last week released a statement on Holocaust Remembrance Day that omitted specific reference to Jews, on the same day that it issues its infamous “Muslim ban.”

The item appears to be on sale, with a price tag on its lower right corner.