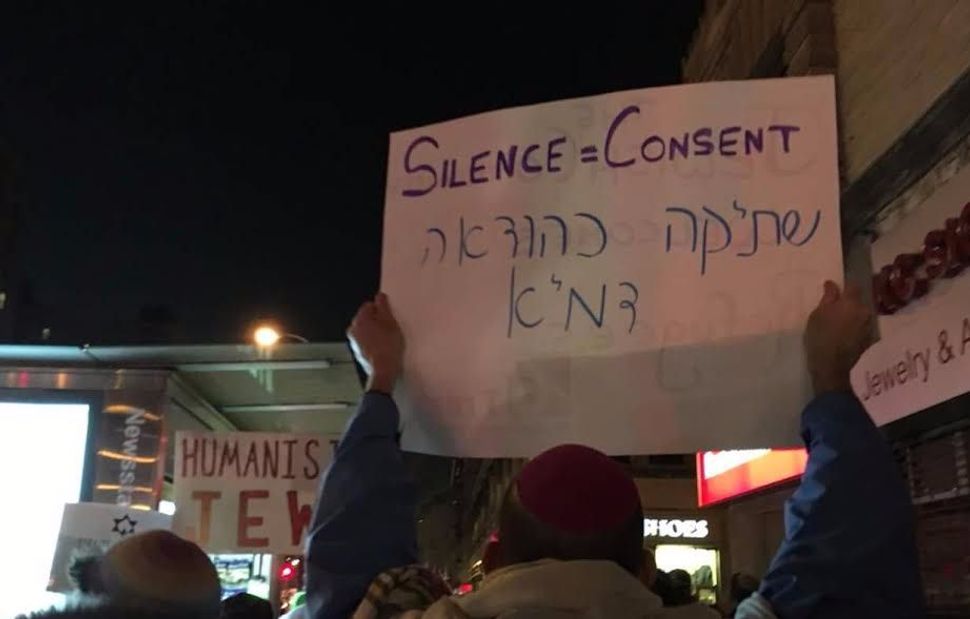 The rabbis, who had gathered as part of a conference hosted by T’ruah, the rabbis’ human rights group, were arrested for obstructing traffic in front of the hotel. After marching with a group of about 200 through Manhattan, they sat in front of the hotel and ignored repeated police warnings to disperse.

“Headed to 33rd precinct as one of 18 rabbis arrested tonight to send message that Jewish community stands with refugees & immigrants & refuses to let US close its borders again. #neveragain,” Rabbi Jill Jacobs, T’ruah’s executive director, posted on Facebook just before 9:30 p.m., about an hour after many of the protesters had left.

Protesters, many of them rabbis, came to the demonstration wearing prayer shawls, while others blew shofars to signal their opposition to last week’s ban on refugees and nationals of seven predominantly Muslim countries, which was temporarily blccked by a federal judge.

The crowd, barricaded by police, chanted “No hate, no fear, refugees are welcome here.” Protesters held signs reading “My people were refugees too” and “another rabbi standing for justice.”