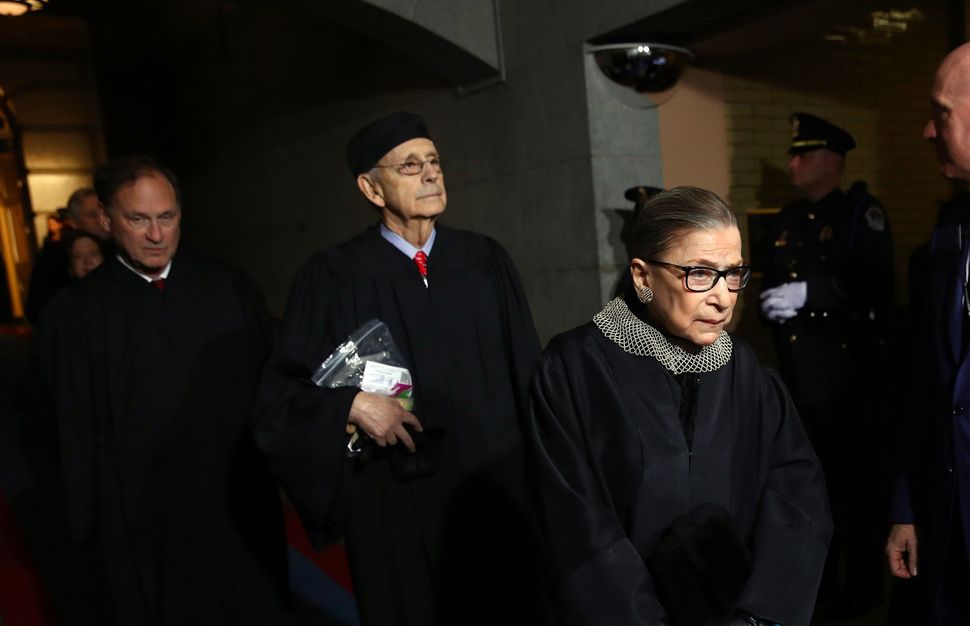 Supreme Court Justice Ruth Bader Ginsburg reportedly says she would change the electoral college if she had the chance — and suggested she was planning to stay healthy enough to keep her spot on the bench.

Speaking at Stanford University, the 83-year-old jurist answered a question about things she would like to change.

“one is the Electoral College,” Ginsburg said, without elaborating, according to Politico.

Ginsburg drew criticism for suggesting she hoped Trump lost the election. The then-GOP candidate fired back by saying she was too old to serve on the high court.

Supporters have been urging Ginsburg to eat kale in hopes of maintaining her health through a Trump presidency.

Asked if anyone else on the court should watch what they eat, Ginsburg mentioned the leading moderate judge: “Justice Kennedy.”