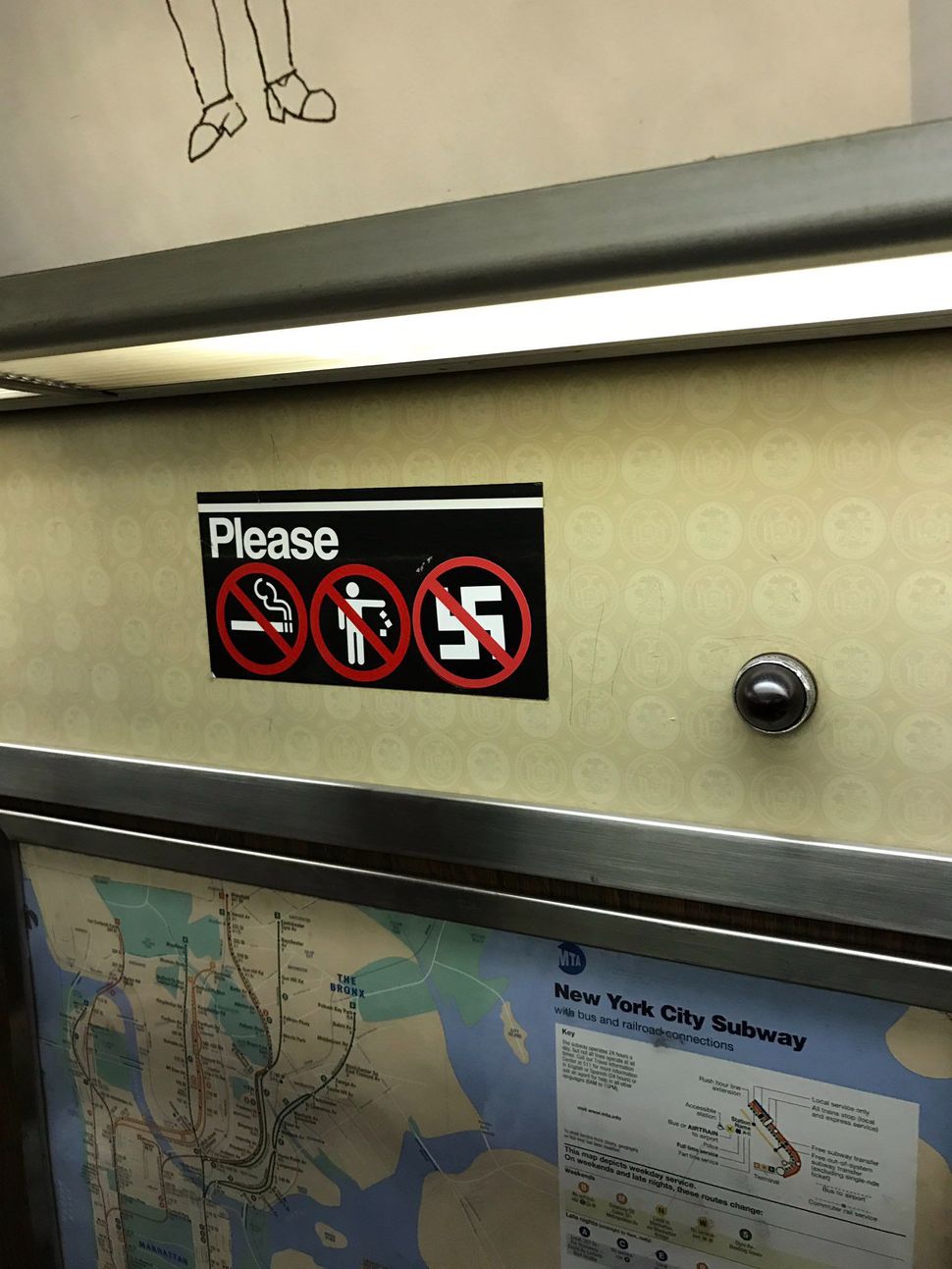 This weekend, many New Yorkers were shocked to find swastikas painted on subway windows and advertisements. They reacted swiftly and removed the hateful sharpie messages with hand sanitizer.

Two days later, the New York subway system yet again saw a swastika – but this time, it was crossed out, and surrounded by a red “No” sign in a clever imitation of official MTA signage prohibiting no-nos like smoking and eating. 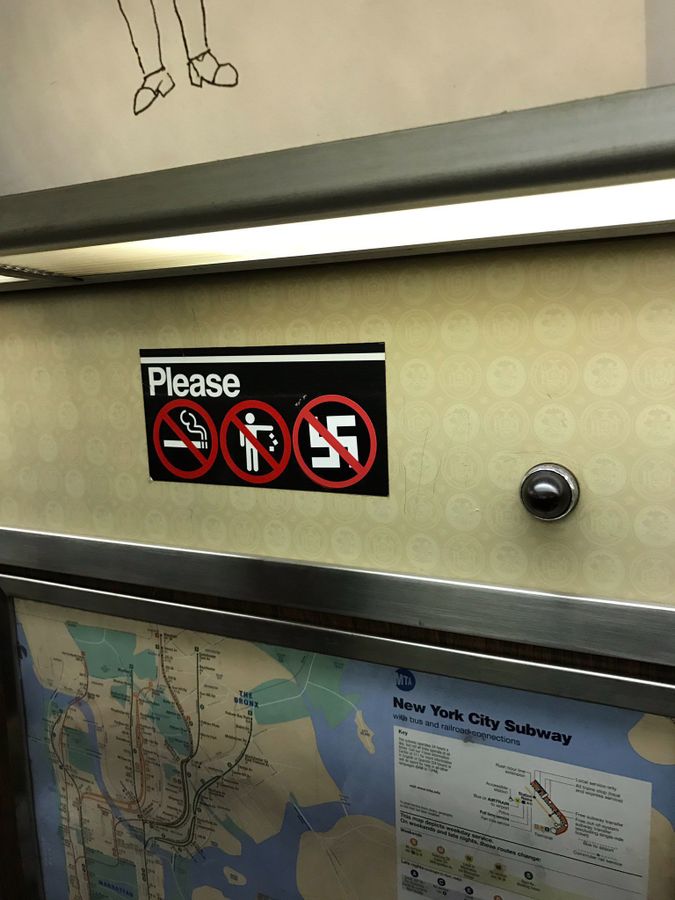 The picture was posted in a New York Reddit thread by a user called “AlexJamesFitz,” who comes from Queens.

“Good modification to the R train this morning,” he wrote.

Other Reddit users applauded. One wrote that she had started carrying hand sanitizer everywhere – just in case she comes across another hateful sign that needs erasing.

“Glad we have people out there doing their part to stop these Nazis,” another commented.