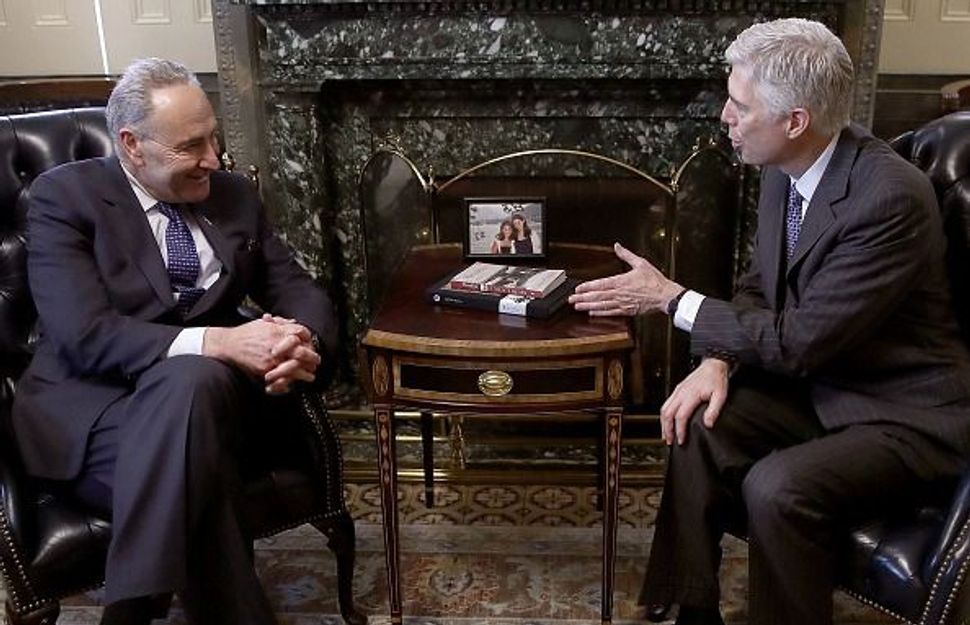 “He is clearly a very smart, polite and capable man who loves being a judge,” the New York senator told the press after a closed-door interview with President Donald Trump’s pick for the high court. “But the judge today avoided answers like the plague. This President is testing fundamental underpinnings of our democracy and its institutions. These times deserve answers and Judge Gorsuch did not provide them. I have serious, serious concerns about this nominee.”

Schumer cited topics like executive power, the “Muslim ban” and the White House’s false voter fraud allegations as ones that he could not extract a firm answer from Gorsuch on. These issues have come into sharp focus since the inauguration of the new president, who some have seen as challenging traditional separation of power and overstepping his authority.

The minority leader has vowed to require Gorsuch to receive 60 votes in the Senate in order to win confirmation, an indication that he and Democrats are planning to filibuster the nominee. That could prompt Republicans to use the “nuclear option” and remove the filibuster from Supreme Court nominations.