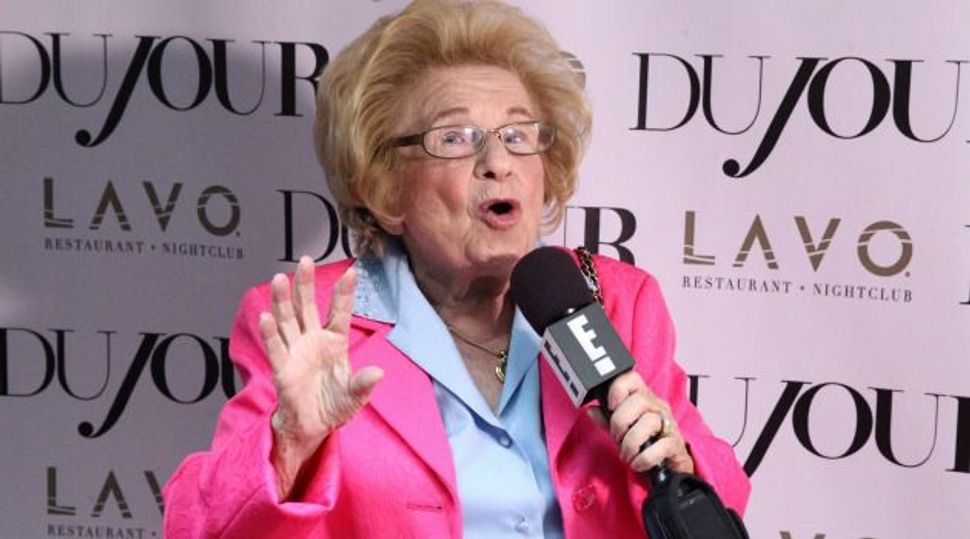 Dr. Ruth Westheimer’s got some advice for couples snowed in during the East Coast snowstorm: Have some fun, but keep safe.

Those on the East Coast might get snowed in tom’w. Stock up on contraceptives today!

Westheimer, the sex therapist who achieved prominence for her willingness to break taboos on New York radio, has in the past mixed discussion of sex and cold weather on her Twitter account, which is as ribald as the woman herself.

You could hurt your back shoveling snow so make love before you head out the door.

Entering her nineties, Westheimer remains dynamic as ever, and she’s hip to how millennials connect romantically and sexually. For this Valentine’s Day she’ll be doing a live show analyzing OkCupid profiles.