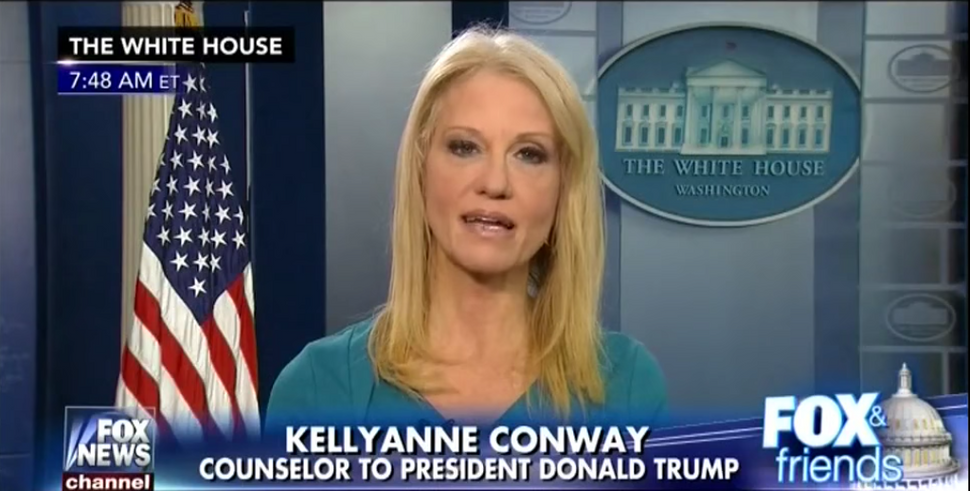 “Go buy Ivanka’s stuff, is what I would tell you,” Kellyanne Conway said on Fox News. “I hate shopping, but I’m going to go get some for myself today.”

The first daughter formally severed ties with her businesses, including her eponymous clothing lines, when Donald Trump was elected. But several retailers who used to carry her products have recently discontinued them, citing low sales that may be at least in part the result of boycott efforts like #grabyourwallet.

Nordstrom’s announcement that it would no longer carry Ivanka-brand products prompted a retaliatory tweet from the president, who raged that the store was treating his daughter “unfairly.”

And others have also rallied around her, circulating a #buyIvanka hashtag on Twitter and, in Conway’s case, explicitly shilling for the brand on national television.

That move may have been illegal, Chris Lu, an ethics adviser to President Obama, warned in a tweet of his own that highlighted the relevant law and tagged Rep. Jason Chaffetz, chair of the House’s committee on oversight and government reform.

According to him, it’s against the law to use public office for private gain. Endorsing the product of a friend is specifically prohibited.