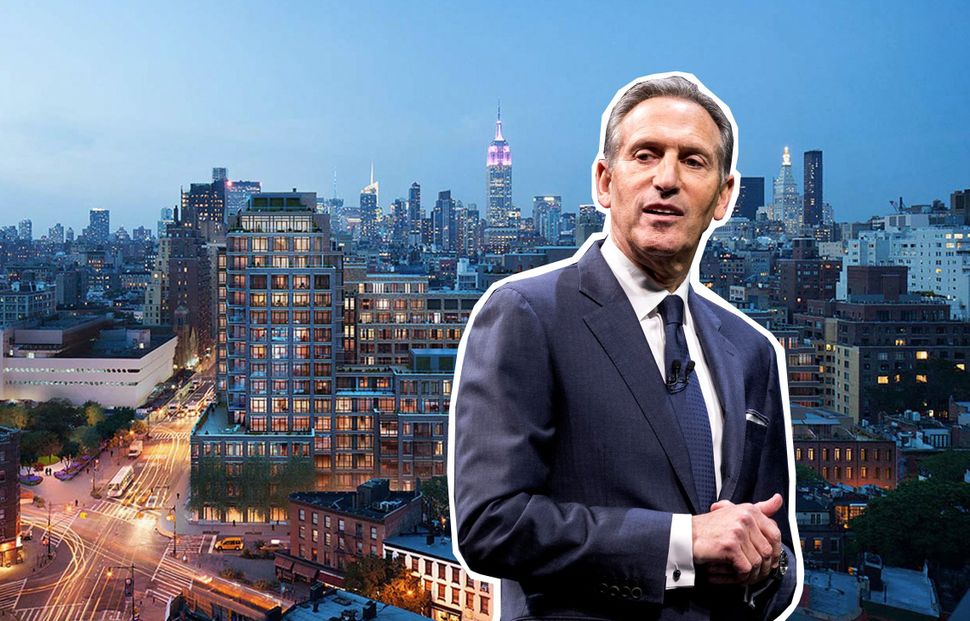 Howard Schultz has bought one of Manhattan’s most expensive penthouses as he prepared to leave his position as the chief executive officer of Starbucks and head into semi-retirement.

Located in Greenwich Village, on the former site of St. Vincent’s Hospital, the apartment spills over the 16th and 17th floors of 155 West 11th Street. It’s 5,587 square feet, including 1,600 square feet of outdoor space in which to lounge and enjoy the view, reported The Real Deal real estate Web site.

Schultz, who helped build the Seattle-based coffee dispenser into one of the world’s largest global chains, will be handing off the reins to successor Kevin Johnson come April. He will still have a role in the company, working on the development of Reserve, Starbucks’ new line of “super-premium” coffee… because that four dollar latte wasn’t pricey enough.