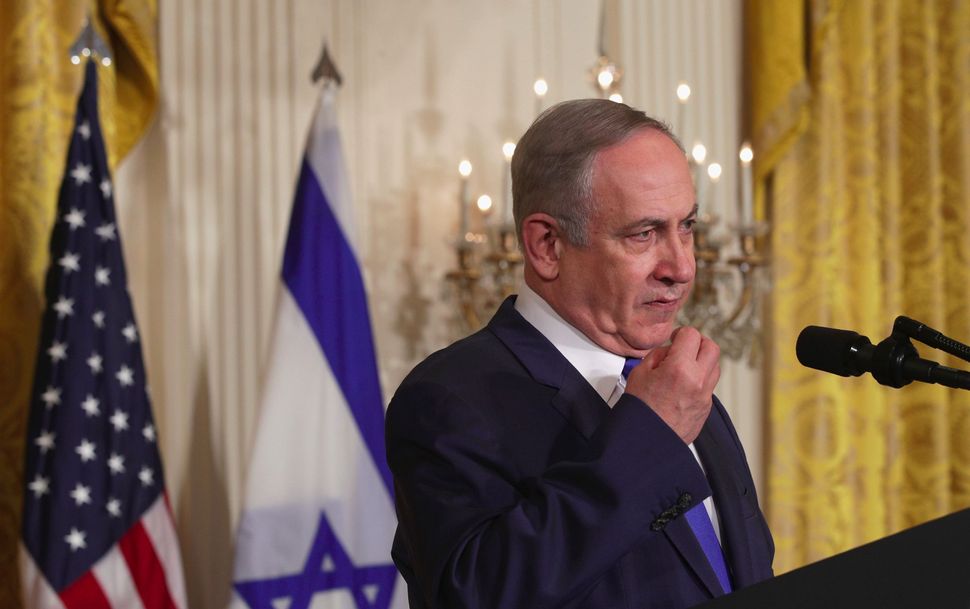 Prime Minister Benjamin Netanyahu said on Wednesday said that he wanted to focus on “substance” and not “labels,” when asked about support for a two-state solution for peace between Israelis and Palestinians.

“Rather than deal with labels, I want to deal with substance,” Netanyahu said during a news conference with President Donald Trump at the White House.

“There are two prerequisites for peace. First the Palestinians must recognize the Jewish state … Second, in any peace agreement, Israel must retain the overriding security control over the entire area west of the Jordan River,” he said.