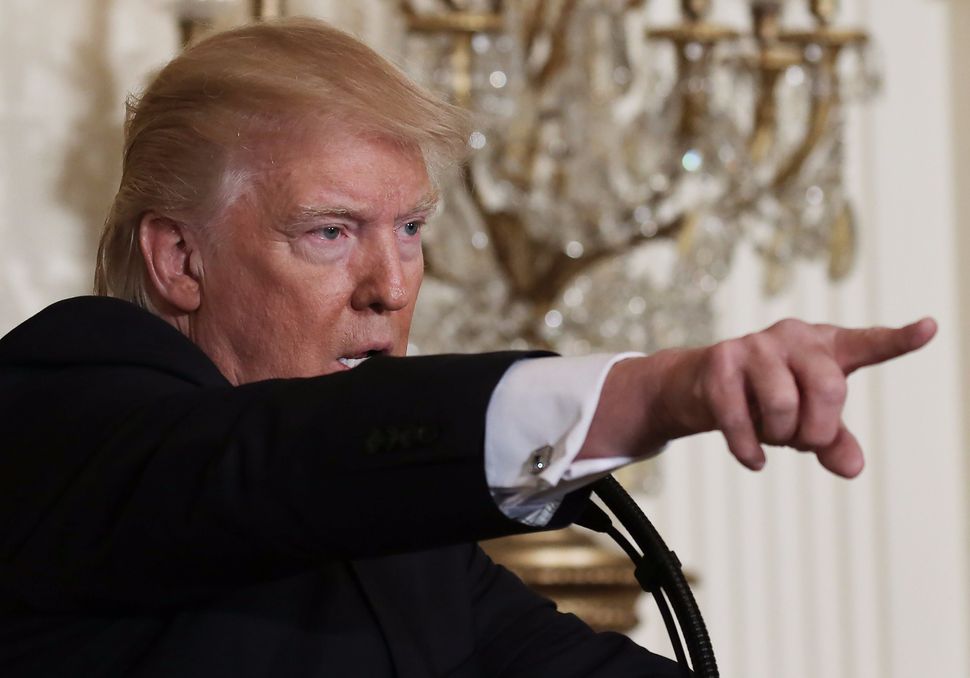 At a press conference Thursday, President Donald Trump called on a reporter from the Orthodox magazine Ami. Within moments, he had interrupted the reporter and told him to sit down.

“Are you are a friendly reporter?” Trump asked.

“Watch how friendly he is,” Trump said.

Turx went on to ask about an “uptick in anti-Semitism,” citing threats called in to Jewish community centers.

Watch the entire exchange below.