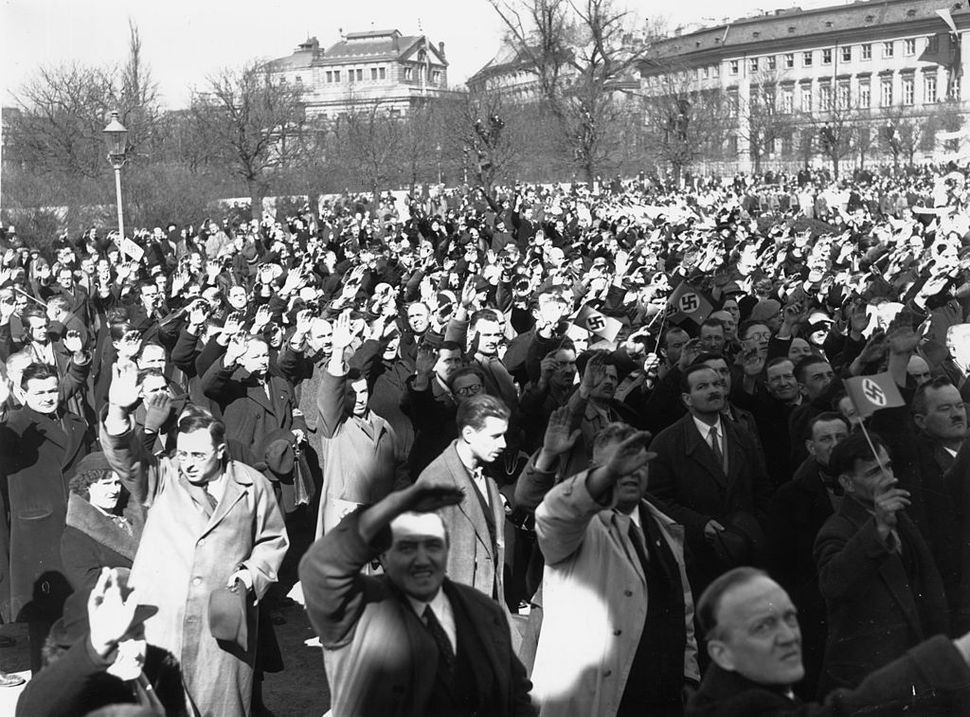 (JTA) — An Austrian woman who questioned the Holocaust was found guilty of violating an Austrian law that makes Holocaust denial illegal.

The woman, 53, was given a suspended jail sentence and fined $1,280 by a court in the western Austrian city of Feldkirch on Friday, the Associated Press reported.

She criticized a post on Facebook which showed a German soccer team commemorating the liberation of the Auschwitz Nazi camp, in which she accused the team of “spreading lies,” according to the AP.

During a search of her home a sign was discovered over her toilet reading: “This Hitlerine needs a clean latrine.” It also is illegal in Austria to praise the Nazi era.