Israeli Settler: Blame Muslims And Leftists For US Anti-Semitism 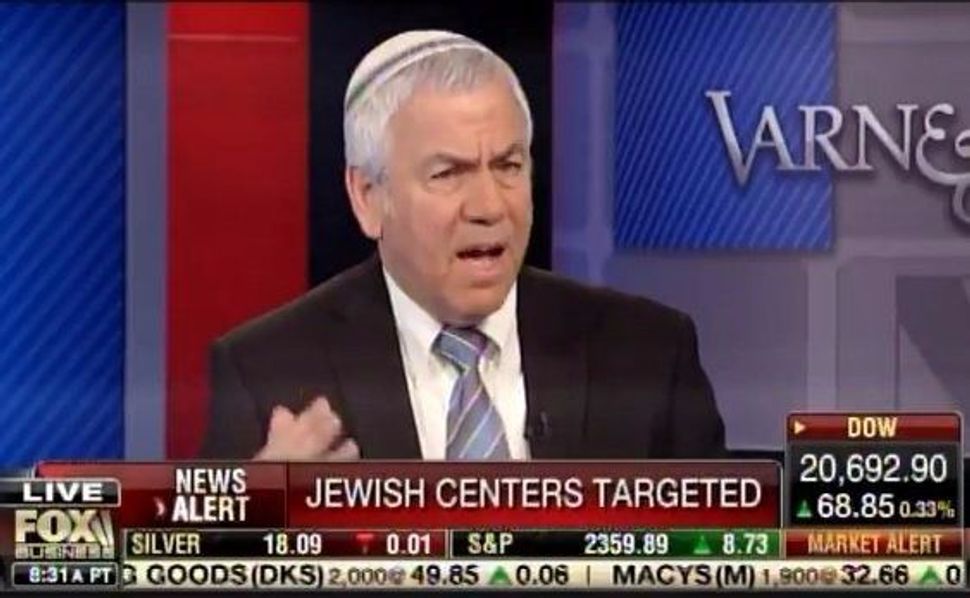 No, says the former mayor of a settlement in the West Bank — it’s leftists and Muslims.

“We need to be talking about the Islamo-Nazis and the far left Nazis,” said David Rubin, onetime mayor of the Shiloh settlement north of Jerusalem. He spoke Tuesday on Fox News with host Stuart Varney. They discussed a recent spate of bomb threats to Jewish Community Centers and the vandalizing of an historic Jewish cemetery in St. Louis. Police are investigating the cemetery defacement as a possible hate crime. No suspects have been announced.

In his interview, Rubin added that he was frustrated by liberal Jews rallying against Trump’s executive order limiting travel from seven predominantly Muslim countries.

“I know that there were many Jewish liberals who were out there at these ridiculous ‘I am a Muslim too’ rallies. Does that mean that they support jihad?” Rubin asked.

Rubin championed Trump during the presidential campaign because he believed Trump would support further Israeli settlement in Jerusalem. Events seem to have proven Rubin right. In a meeting with visiting Israeli Prime Minister Benjamin Netanyahu last week, Trump said the US would no longer insist on the creation of a Palestinian state as part of a peace agreement — a break from two decades of policy in the region.

Israeli Settler: Blame Muslims And Leftists For US Anti-Semitism