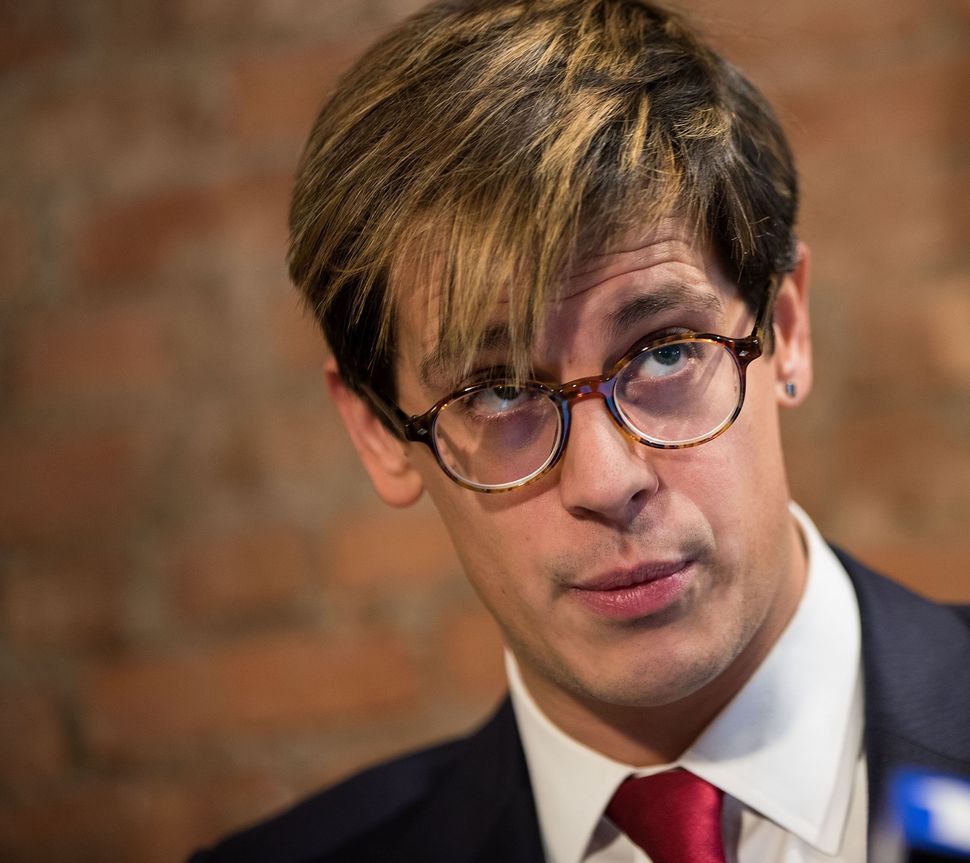 Yiannopoulos, who lost a book deal and was dumped by a conservative conference, said he did not want his “poor choice of words” to hurt Breitbart.

“This is my decision alone,” he said. “When your friends have done right by you, you do right by them. For me, now, that means stepping aside.”

Already banned from Twitter, Yiannopoulos spoke approvingly about sex relations between men and boys in a video released this week.

Yiannopoulos, whose mother is Jewish, apologized for the remarks and called the firestorm over them a “horrible, degrading, humiliating experience.”

The 33-year-old Briton told reporters he was sexually abused between the ages of 13 and 16 by two men, but did not realize at the time it was abuse.

“My experience as a victim led me to believe that I could say anything on the subject,” Yiannopoulos said Tuesday. “I don’t believe that sex with 13 year olds is OK. …I am horrified by pedophelia.”—Reuters