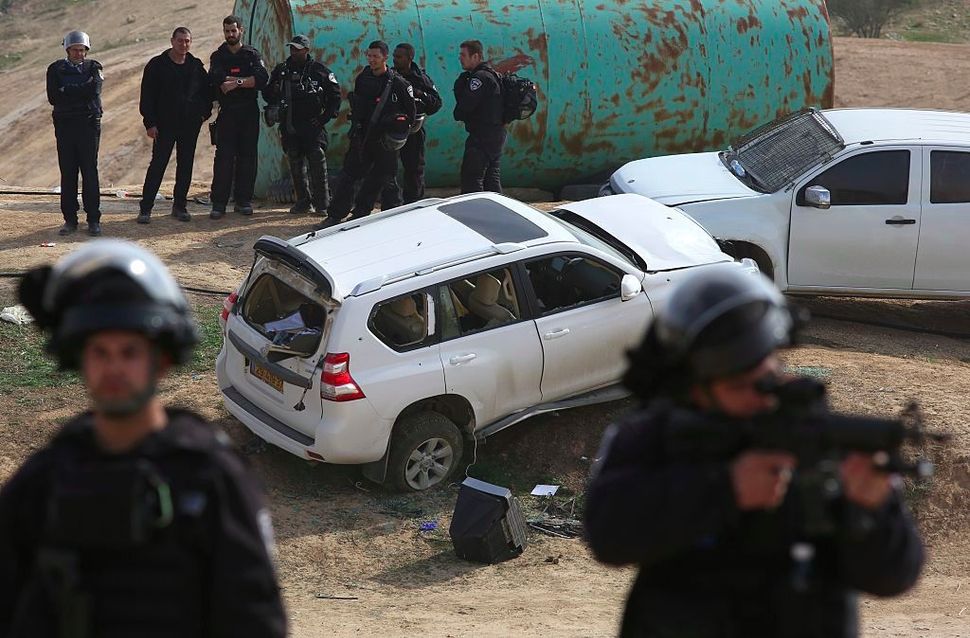 JERUSALEM (JTA) — An incident in which a Bedouin teacher ran over a police officer during demonstrations in an unauthorized Bedouin village over home demolitions was not terrorism, an investigation reportedly has found.

Police shot and killed Yacoub Abu al Kiyan, 50, as he attempted to drive through the demonstrations in January in the village of Umm al-Hiran on the way to work.

Police had alleged that Kiyan, a father of 12, deliberately drove into the line of police officers securing the site of the demolitions. His family and witnesses claimed he was shot while driving out of the village and lost control of his car, hitting and killing Erez Levy, 34.

Justice Ministry’s Police Internal Investigations Department found that there was no evidence to support the claim that it was a terror attack, and also found that police officers did not act according to protocol, according to reports.

The results have not been officially released. Police said in a statement that the investigation was not complete and called for the public to wait for the release of the official investigation’s findings.