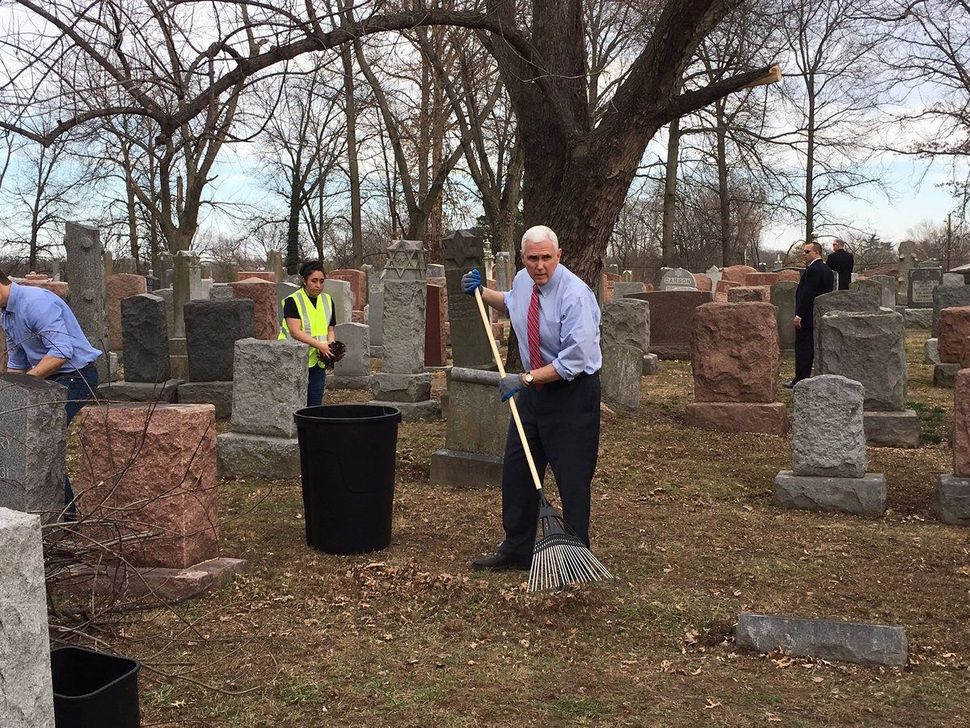 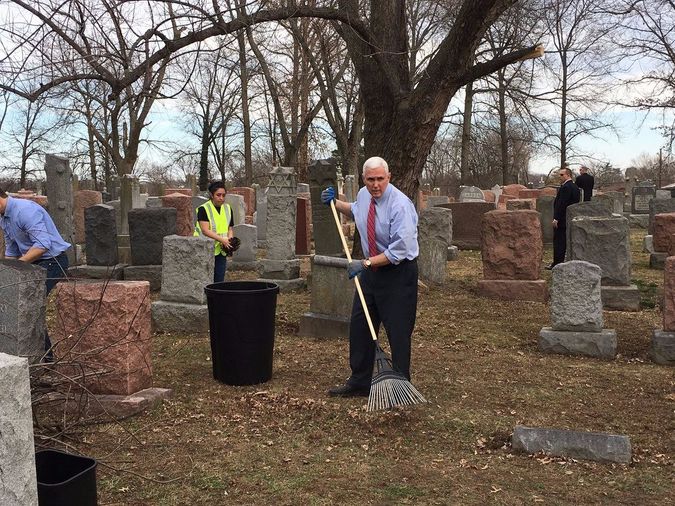 Vice President Mike Pence rolled up his sleeves and joined in cleanup efforts Wednesday at a vandalized Jewish cemetery outside St. Louis, the latest in White House outreach after weeks of silence about harassment of Jewish communities.

Pence, accompanied by Missouri governor Eric Greitens, who is Jewish, made an unannounced visit to Chesed Shel Emeth cemetery, where more than 150 headstones were toppled over the weekend.

The vice president, tweeted afterwards: “MO’s people are inspiring the nation w/ their compassion for the Jewish community. Thank you for showing the world what America is all about.”

Governor Greitens, standing next to Pence and speaking through a bullhorn, told volunteers at the synagogue, “we are going to demonstrate that this vile act of desecration is not who we are.”

His comments came a day after President Donald Trump made his most forceful statements against anti-Semitism yet, which critics have panned as too little, too late.

Some Jewish groups like the Anne Frank Center for Mutual Respect in New York have blasted Trump’s late response to attacks on Jewish sites as “crumbs of condescension.”

“When President Trump responds to Antisemitism proactively and in real time, and without pleas and pressure, that’s when we’ll be able to say this President has turned a corner,” director Steven Goldstein wrote on Facebook Tuesday. “This is not that moment.”