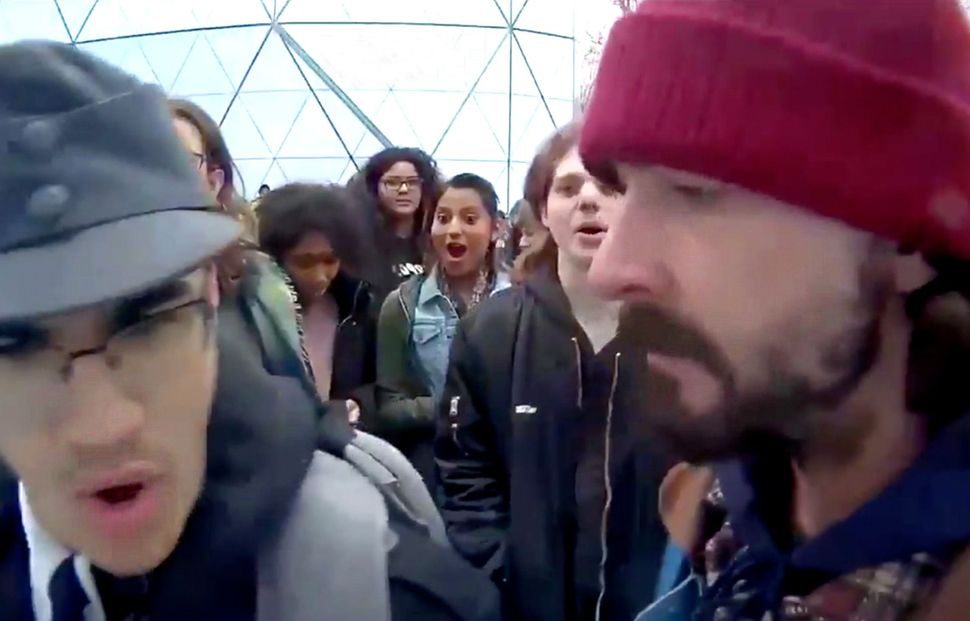 Shia LaBeouf’s anti-Trump art exhibit has been shut down after gunfire possibly related to the installation was reported near its site in Albuquerque, New Mexico.

“We have taken the stream down after shots were reported in the area,” the actor wrote Thursday morning on Twitter. “The safety of everybody participating in our project is paramount.”

Appearing initially at New York’s Museum of the Moving Image, the “He Will Not Divide Us” exhibit was moved to the El Rey Theater in Albuquerque this week after security threats were lobbed against the Big Apple cultural institution. At its new location, the camera attached to the installation was vandalized with spray paint.

LaBoeuf has gotten into trouble thanks to the project, getting into a January scuffle with a New York museum-goer who didn’t like the art. It was unclear whether the exhibit, at first intended to run for the entirety of the Trump presidency, would reopen.