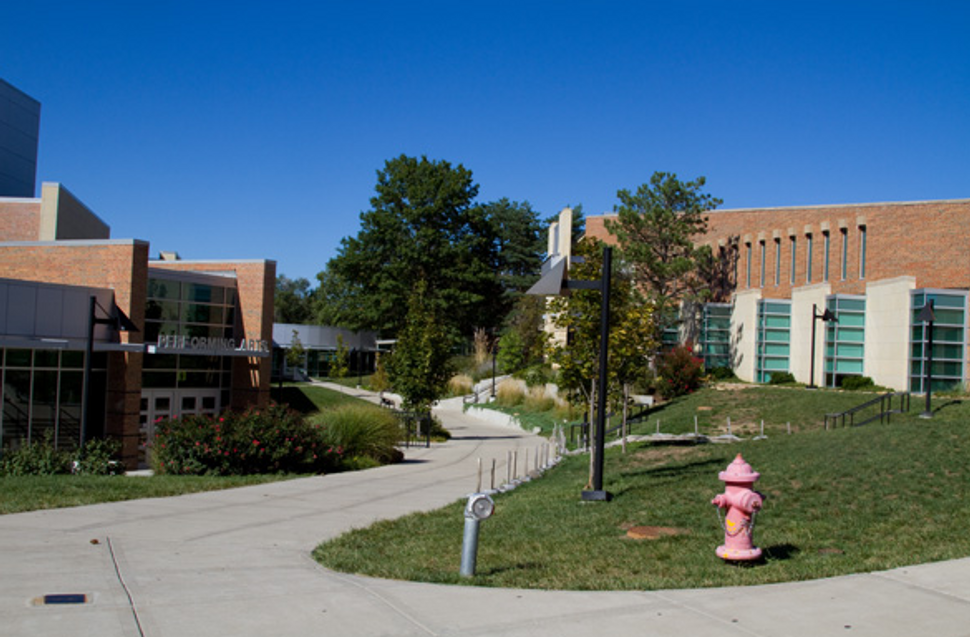 Swastikas and other hate graffiti were found on several buildings on the Shawnee Mission East High School campus in Prairie Village, Kansas last Friday, in what local authorities are saying might have the been result of a rivalry between Shawnee East and rival Shawnee Mission South.

“It’s so ignorant that you would bring up a symbol like that, that would bring so much pain to people,” senior and Jewish student Sarah Milgrim told local radio station KSHB. “You know, I worry about going to my synagogue and now I have to worry about safety at my school and that shouldn’t be a thing.”

The graffiti was removed promptly after its discovery, and the school district and local police said that it was narrowing down the number of suspects in the incident, who could face consequences both from the law and the educational system.

Since the election of President Trump, there has been a steady uptick of hate-crimes nationwide – in Kansas, two Indian men were shot last week (one of them died) by a man who seemed to have xenophobic motives.