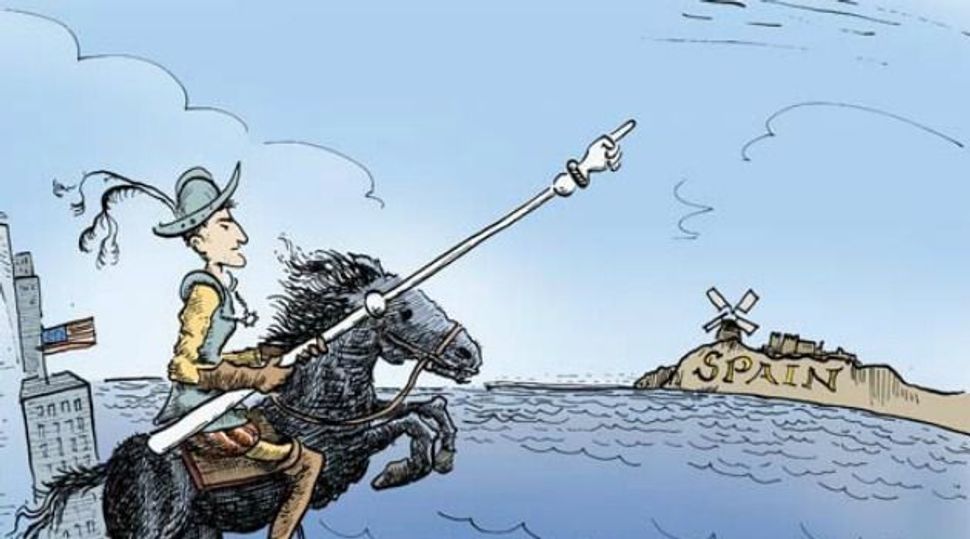 (JTA) — Spanish authorities dispensed with language and culture tests for elderly applicants for citizenship under the country’s law of return for Sephardi Jews.

The Spanish justice ministry decided to offer the dispensation from tests on the Spanish language and heritage, which used to be necessary for all applicants for citizenship under the 2013 law, after it emerged that it effectively barred hundreds of elderly Turkish Jews from exercising their right to a Spanish passport, El Pais reported last week.

Spain has naturalized 4,919 applicants for citizenship by Sephardim since the law went into effect last year, according to the daily. However, only 387 applicants were granted citizenship based on the actual law. Others were naturalized by a royal decree and not through the non-discretionary procedure devised for the law.

The tests applicants were required to pass need to be taken in Spain, a complicating factor.

Karen Gerson Sharon of the Sephardic Center of Istanbul said the dispensation was “very welcome.”

The governments of both Spain and Portugal passed the laws as a symbolic rectification for the murder, mass deportations and forced conversions to Christianity of their Jews during the 15th and 16th centuries, during what came to be known the Spanish and Portuguese Inquisition.