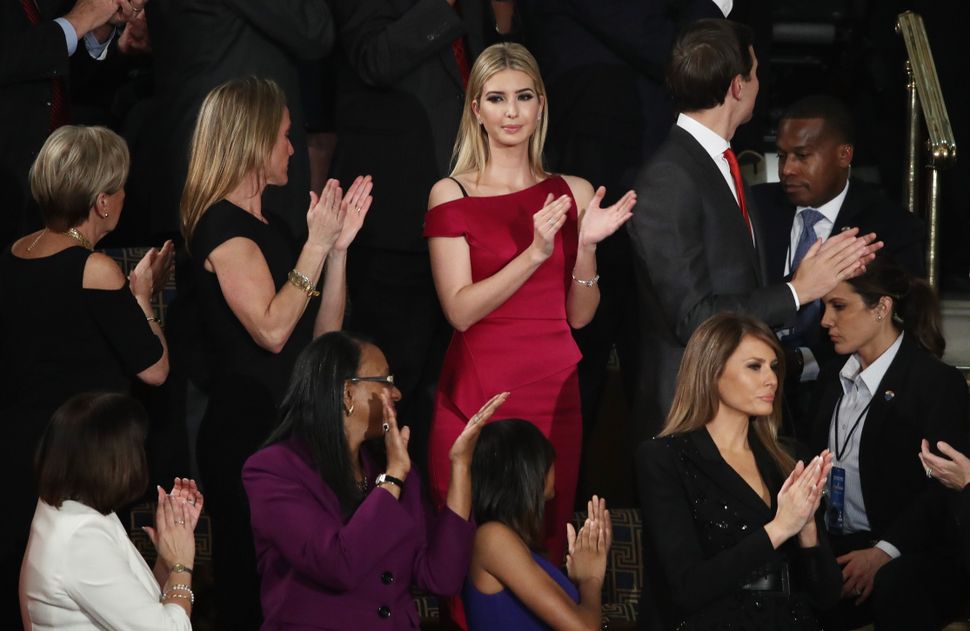 While Stephen Miller wrote President Trump’s Tuesday night address to Congress, first daughter Ivanka Trump might have been responsible for its bipartisan tone, with reports that she pressed for lines committing to environmental protection and paid family leave.

“The speech was all Miller, but Ivanka worked hard on it with him on many of the parts, especially affirming that the president’s desire to have an uplifting and aspirational speech was right,” an unnamed administration official told Axios, a political newsletter written by D.C. insider Mike Allen. “Ivanka was working with Miller in his office in the afternoon on the speech, including the paragraph on ‘paid family leave… women’s health… clean air and clean water.’”

The president’s speech received favorable reviews for its call-outs to liberal priorities like family leave and the environment, and also for its firm condemnation of hate crimes, which came at its start. According to a poll Wednesday morning, a majority of Democrats approved of the address, a stark contrast with other surveys demonstrating widespread animus among Democrats toward the new leader.