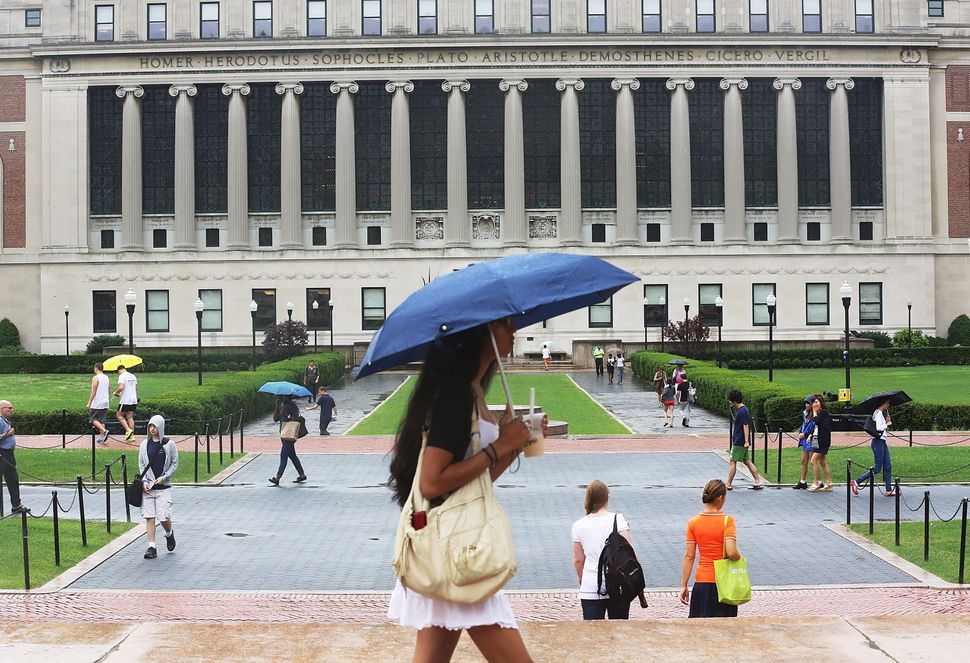 After Columbia’s chapter of Students for Justice in Palestine hosted “Israel Apartheid Week,” pro-Israel students on campus have responded with “Hebrew Liberation Week” to cheer the Jewish state for its accomplishments.

“Jewish students on both the right and left are absolutely shocked and amazed that something like this is possible at our school,” Rudy Rochman, a leader of the Students Supporting Israel Group, told the Algemeiner, after pro-Palestinian activists erected a fake “apartheid wall” on campus. Rochman’s group hit back through its own installation right next to the apartheid wall – panels depicting positive aspects of Israel, including artwork featuring Israel Defense Forces soldiers.

Rochman said Hebrew Liberation Week has led to important conversation on campus. “At the end of the day, while we both might have different viewpoints, we agreed that… dialogue at Columbia might one day inspire peace in Jerusalem and Ramallah,” he said, describing an encounter with a Palestinian student.

Columbia, with its large populations of Jews and Muslims, has long been a flashpoint on Israel-Palestine, the issue dividing academic departments as well as undergraduates.