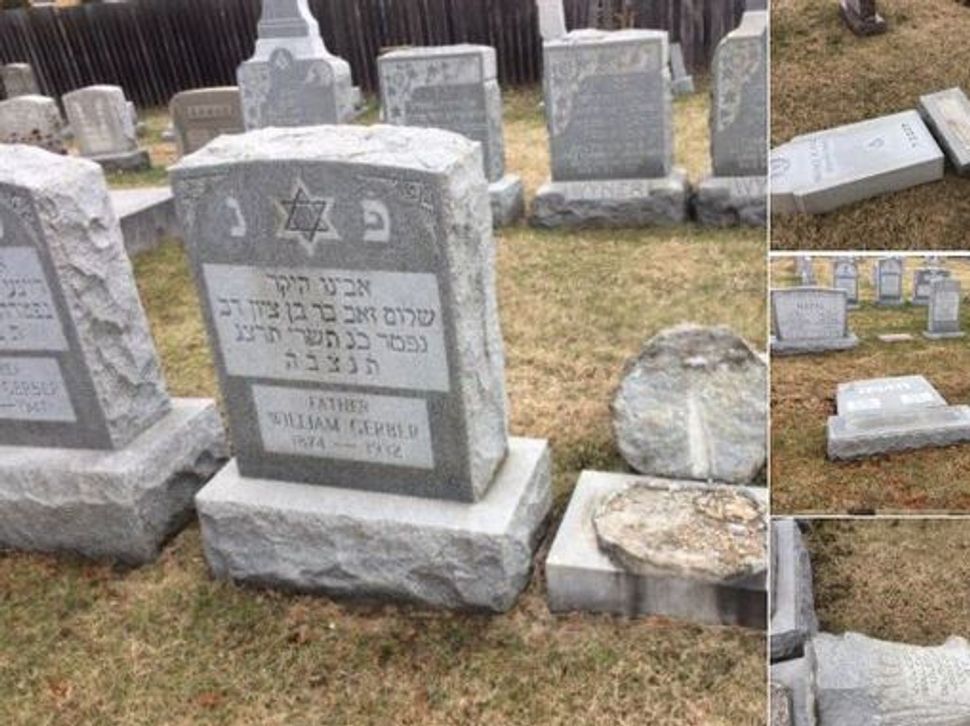 Image by Democrat and Chronicle

Michael Phillips, director of the Britton Road Association, which manages Rochester’s Jewish cemeteries, was hesitant to call the incident anti-Semitic. “I don’t think there’s any proof of that,” he told the Democrat and Chronicle. None of the headstones were defaced, as many had been at the cemeteries in St. Louis and Philadelphia, he said.