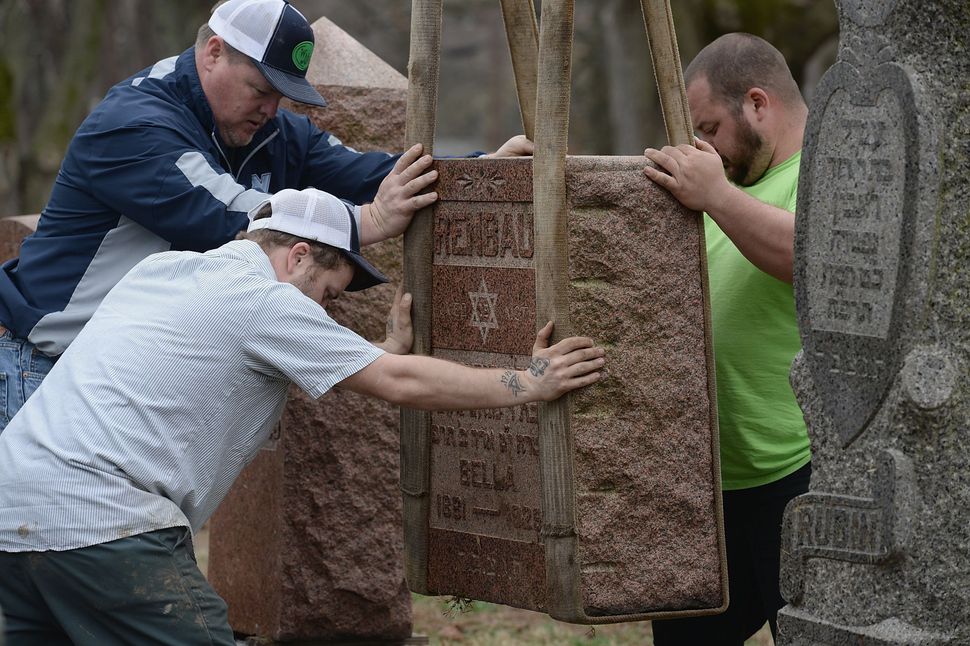 Juan Thompson, 31, was arrested in St. Louis today and charged with making threats to at least eight Jewish institutions in late January and February. According to the criminal complaint, he made the threats in a bizarre attempt to falsely implicate a woman who had ended a romantic relationship with him. Thompson, a former reporter for The Intercept, lives in St. Louis.

In mid-February, while Thompson was in the midst of trying to frame his victim as an anti-Semite, someone vandalized a Jewish cemetery in St. Louis, damaging over 100 graves. The incident drew nationwide media attention.

Now, the Post-Dispatch reports that police in University City, Missouri, are planning on questioning Thompson about the cemetery vandalism. A spokesman for the department would not tell the paper whether Thompson was a suspect in the crime.

Two weeks after the desecration of the cemetery, no charges have been filed.