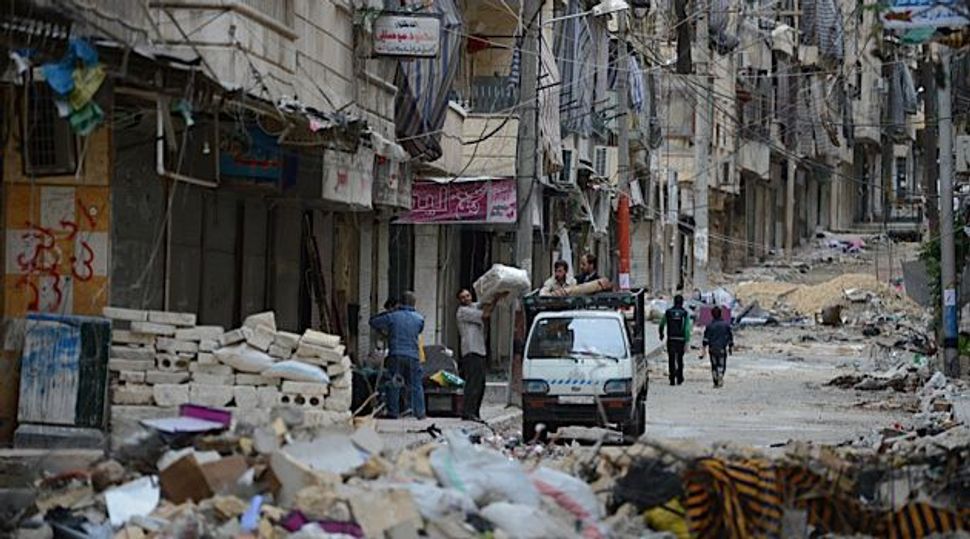 Destruction from the Syrian civil war in Aleppo. Image by Getty Images

“We are asking the government of Israel not to abandon us and to help us leave this place for any other country,” said a woman in a recorded plea in Arabic that was aired on Army Radio.

The recording made its way to Army Radio via the woman’s younger brother, who escaped to London, according to the Times of Israel.

The man said that his mother is Jewish and his father is Muslim, and that he and his two siblings have always identified as Jews, though they had to hide their background because of the Syrian conflict.

Interviewed by Army Radio, Jewish Agency for Israel officials said that they doubted whether the family in question was actually Jewish.

But Elizabeth Tsurkov, an Israeli researcher who focuses on Syria, said that multiple families had reached out to her with similar stories.

Previously, it was believed that the last Syrian Jewish family left Aleppo in 2015.